What if I told you about a product that will change the way you think about these cordless cleaners? 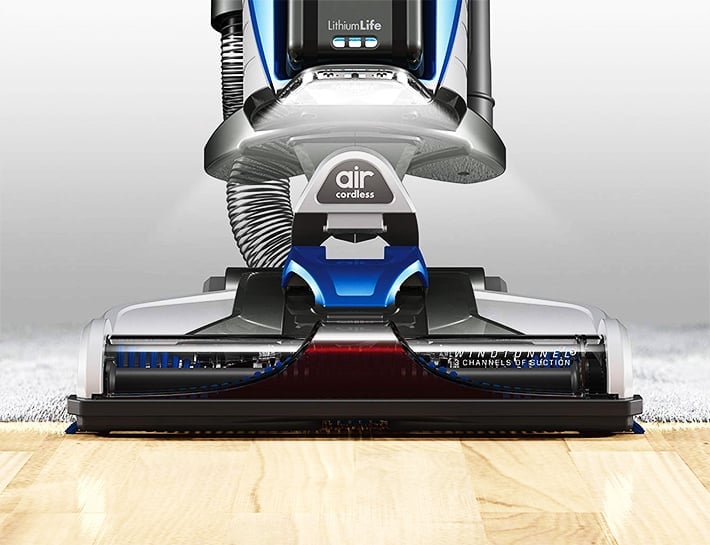 Here’s a new product that has comparable suction as a corded upright and will run for close to an hour, long enough to clean a 2,500 square foot home.

Did Hoover finally break the code with the Air Cordless Upright 3.0?

An upright vacuum that is cordless with around 50 minutes run time on average (combined) from its two lithium ion batteries.

If you think that this is strictly a floor cleaner, think again.

Hoover has put their thinking caps on and added a hose, wand and a bunch of attachments so that you can clean the other areas like the blinds, stairs and upholstery.

Update: October 12, 2014 – I do apologize for my mistake, I mentioned before in this review that each battery had a 50 minute run time but that was the wrong information, the run time from the two batteries COMBINED is 50 minutes. Please do accept my apologies. I’d like to thank Shindo for pointing that out to me.

What to expect from the Hoover Air Cordless Series 3.0?

Hoover changed the way they designed this, instead of thinking on how to make a stick vacuum stronger, they thought about designing a great vacuum then take away the cord. Hence the Air cordless 3.0 was born. 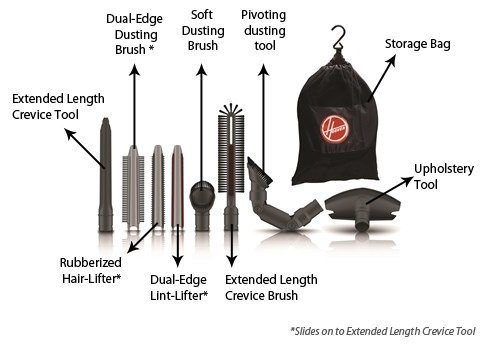 The LithiumLife battery takes 3 hours to fully charge. It has an LED battery indicator that will let you know once it is fully charged. The great thing about this product is that you’ll get two lithium batteries, one you can use and another on standby just in case.

It comes with two washable filters that’ll you’ll need to wash every 4 to 6 uses or as needed, according to the manual.

Removing it is easy as twisting the lid and pulling a tab to lift the filter off. Use warm water to wash and dry it on its side for 24 hours.

Combine, the two lithium ion batteries will give you roughly 50 minutes of fade-free run time which is good enough to clean a 2,500 square foot area based on tests done by Hoover.

Hoover will give you a full 5 year warranty on the whole vacuum. A great deal compared to Dyson’s 2 year warranty.

Based on the video above, both have comparable cleaning performance on fine dirt but when it comes to larger bits of dirt the Air Cordless is the winner because it does not push dirt (a.k.a. the snowplow effect) but it has enough airspace underneath the floor tool for the debris to get through.

Most consumers who’ve tried this vacuum out agree that this performed well on hard surfaces such as tile, hardwood and linoleum.

The brushroll will work great in picking up dust particles and hair on this surface.

Like all vacuums equipped with a motorized brush, you’ll need to clean it from time to time to remove dust bunnies and hair that will get stuck in there.

Not much reviews on carpet performance but those who’ve tried it on thick carpet say that it will struggle even with the motorized brush. It’ll work best on thin to medium pile carpet and rugs.

Hoover’s got you covered here. It comes with a bevy of attachments to remove dust, lint and hair from upholstery. Just plug the tools on the wand (that you’ll attach to the hose) and you’re set.

It also comes with an attachment to remove hair on upholstery. This will work great on pet hair.

The story behind the development of the Air Cordless (watch this if you’re into a behind the scenes look).

Since this is a new product that hasn’t been released in the market, the reviews I’ve read are from Amazon vine consumers.

What does Amazon vine mean?

These are consumers pre-selected by Amazon to give an un-biased review on a product that has yet to be released in the market.

They’ll offer feedback to manufacturers on the possible improvements needed and reviews to consumers like us to give a heads up on how good the product is before it is released.

Based on the feedback, it is mostly positive. Consumers loved it because it was cordless (no need to plug and unplug), very maneuverable, lightweight and the two batteries included greatly increased the coverage. One consumer said that he didn’t even need to recharge the batteries to clean while 1,000+ square foot home.

The attachments included means that you don’t need a separate handheld to clean stairs or blinds but some complained about the short hose and the lack of power when the hose was used, some improvement points that Hoover, hopefully will address.

Reviews on carpet cleaning were mixed, some say it was good enough to clean carpet and rugs while others said it did not have enough power to deep clean carpet.

Being a cordless vacuum, it is understandable because of the limited power supply but this would be a great product to have if your home has mostly hardwood or thin pile carpet.

You can buy this versatile stick vacuum from Amazon for less than $130 and it’ll be eligible to their free 2-day shipping if you join Prime.

Extended warranties of up to 3 years are also available if you want that extra peace of mind.

…For people who lived in a medium sized home with mostly hardwood flooring with some low to medium pile carpeting.

Yes, it will perform great on hardwood floors but it still lacks the power to deep clean plush carpet.

You will still need a corded upright for that.

If the Dyson DC59 or DC44 is too expensive for you, then consider this new upright vacuum from Hoover.

It more than doubles the run time while still providing decent suction power on most areas outside plush carpeting.

It also doubles as a hand vac (though with limited reach) because of the hose, wand plus attachments.

This definitely is a step in the right direction towards a deep cleaning cordless vacuum.