The Roomba 630 is a fully functional robot vacuum equipped everything that you need and will clean floors effectively. 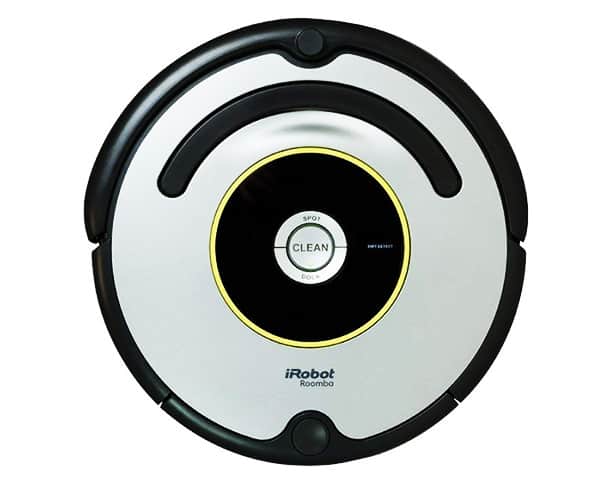 It does this for around half the price of top of the line models.

This would be a good first robot cleaner by very busy individuals who would want to outsource cleaning tasks.

The Roomba 630 much like the 760 up to the newer Roomba 790, is designed to clean various types of debris such as pet hair and dust on hardwood, linoleum, carpet and other types of indoor flooring. But unlike newer models it doesn’t have a HEPA filter nor can it be scheduled.

For those looking for automated help on cleaning their floors but aren’t willing to spend extra $$$ on premium features, this robot is a good alternative if you don’t mind the limitations.

What to Expect from the Roomba 630?

It has the same 3-step cleaning system found in the 700-series robots but remember that the motorized brush found in the newer models have been redesigned so that less hair is wrapped around it. The two brushes counter rotate and act as a broom that pull hair off floors.

These brushes work equally well in picking up dust and because it has a corner brush, it’ll clean dirt all the way to the edge. 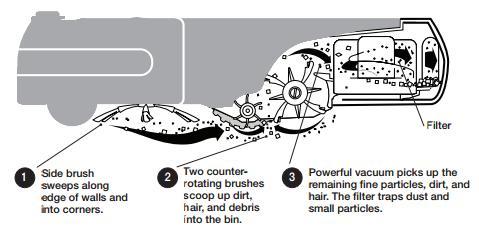 One thing to take note about iRobot vacuums is they move in a random pattern, so if you’re planning to watch it vacuum it can be frustrating.

Though it can clean more than one room without assistance, it may miss some spots doing so.

To maximize the thoroughness of this machine, it’ll be best to use this to clean one room at a time.

Some consumers noted that it tends to bump into furniture repeatedly and cause some damage on them.

One workaround for this is to put some padding around the sides to act as a cushion.

It doesn’t clean black rugs because of the cliff detection sensor – it thinks that it’s an open air space or a cliff (e.g. on stairs) hence it stops on its tracks.

Before running this robot, always clear the area of possible road blocks like wires, scattered toys or litter boxes so it doesn’t bump into them and possibly creating more mess.

Also leave a 3-foot radius around the charging base so the robot won’t have trouble re-docking.

Nope, it doesn’t have that feature.

Unfortunately, you cannot set a schedule to clean but the iRobot 650 as well as the 700-series have the scheduling feature.

The manual doesn’t specify charge times but it does say that you have to charge it 24-hours on its first use.

iRobot recommends to empty the dirt bin and clean its filter after every use.

iRobot does not specify how long this robot will run but consumers who used this say it’s around 90 minutes.

Amazon consumers were happy with the after sales service, several of them had defective units delivered to them and iRobot sent them replacement robots for these defective items without too much hassle.

It comes with a 1-year warranty on robot plus a 6-month warranty for the battery.

Does a great job on hard floors picking up dust and pet hair but it will struggle with certain types of debris like sand or large bits of paper.

On short and medium pile carpet, it does a fairly decent job for maintenance clean-ups, but it tends to struggle on thick ones.

As usual, use an upright or canister vacuum for deep cleaning on occasion.

Transitioning from hard floor to thick rugs will be a struggle for the Roomba 630. If the rug is thick it may not even go over it and just around.

Some consumers said that there have been instances where the robot stops on its tracks trying to climb a half-inch rug.

If your rugs have tassels, make sure to tuck those in or it’ll wrap around the side brush.

Pet owners were among the happiest owners because of how much pet hair this machine is able to pick up.

They were happy because it helped them keep up the amount of hair shed especially during shedding season.

In Amazon, it got close to 300 reviews and out of those less than 25 were disappointed with it.

Over 200 were happy with their purchase stating that it freed up time for them to do other chores in their homes.

Mothers with little toddlers were particularly happy with this convenience especially on how this robot helped them clean up messes their kids made.

Pet owners like how this machine picked up pet hair on hard floor and low pile carpet. It will struggle cleaning higher pile carpet and rugs.

Biggest complaint would be the random navigation that tends wonder around and not go back to the charging dock.

Another complaint was its tendency to bump on furniture repeatedly causing some damage but to others it wasn’t much of an issue.

The overall consensus though was positive with happy owners coming home to cleaner floors and spending less time manually vacuuming their homes themselves.

As of today, only 19 people left a review in the iRobot store and most of them were positive.

Consumers who left high rating say that it picked up a lot of dirt on bare floor. What they like was the autonomous nature of this product that cleaned on its own while they did other stuff.

Some mentioned that this buying this is cheaper over the long run than hiring a house help to vacuum floors.

The complaints I found here had to do with it being noisy, inability to clean stairs, reliability issues and not areas under furniture.

You can buy this robot vacuum from Amazon for around $390 and it’ll be eligible to their free 2-day shipping if you join Prime.

If you want something newer then you can opt for the Roomba 690 that has a newer Li-Ion battery that will run longer. It is also has WiFi and Alexa so you can access this without having to go near the robot.

The Roomba 690 is actually cheaper so it will provide better value in my opinion than the Roomba 630.

Though an older model minus the premium features, it still is a good floor cleaner. This product would be great for busy folks like parents who would like some help in doing menial tasks like vacuuming and focus more on taking care of their kids.

People with disabilities would also benefit from this as it they don’t need lug a heavy vacuum around to clean their floors.

Take note though of its limitations – it doesn’t have any HEPA filtration so allergy sufferers may want to invest in a few hundred dollars more on a robot with this feature and it cannot be scheduled which isn’t a big deal because all you have to do is press the clean button and it’ll do its thing.

Since it is an older model, it costs a few hundred bucks cheaper than the newer Roomba 790, you still get a robot vacuum cleaner minus the remote, HEPA filtration and scheduling. Budget conscious shoppers will appreciate this.