Author: Garrick Dee Updated: February 14, 2022
Tags: How To
I hope you like the recommended products. Just an F.Y.I., there are affiliate links in this post, and if you click any of those links, I’ll earn a commission. 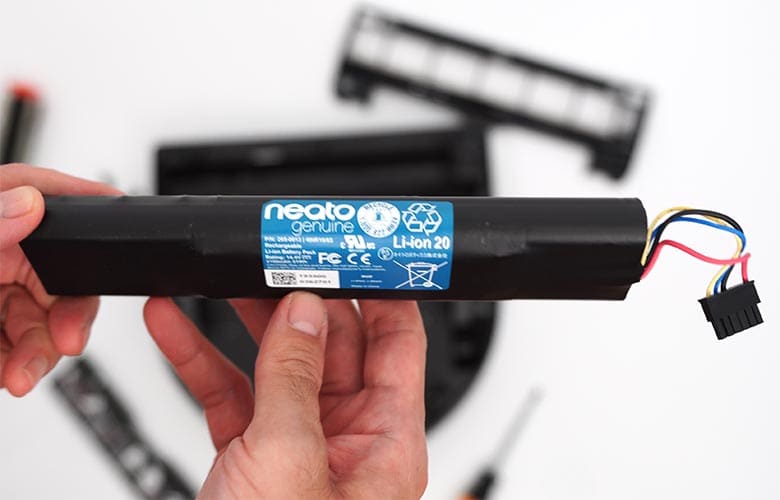 In this article, we’ll look at how to replace a Neato Botvac battery.

Like Roomba, Neato’s popularity has spawned many third-party battery options, helping consumers extend its service life by replacing the battery.

One advantage of Neato products is there’s no need to send the robot to a dealer to replace the battery.

Consumers can do this task themselves using a Philips screwdriver and some DIY knowledge.

If you’ve done something as simple as removing a bolt, then changing a Neato battery will be easy.

Steps to Replacing a Neato Battery

There are fewer steps in replacing a Neato battery than a Roomba.

Most Neato Botvac products share the same framework and battery placement, so the steps have minimal variance (if any).

The only difference would be the wiring going to the battery and how you’ll disconnect the battery from the port.

Battery capacity will vary depending on the variant between the older D3 to D7 and the newer D8 to D9.

But everything else remains the same with battery placement and bolt pattern. 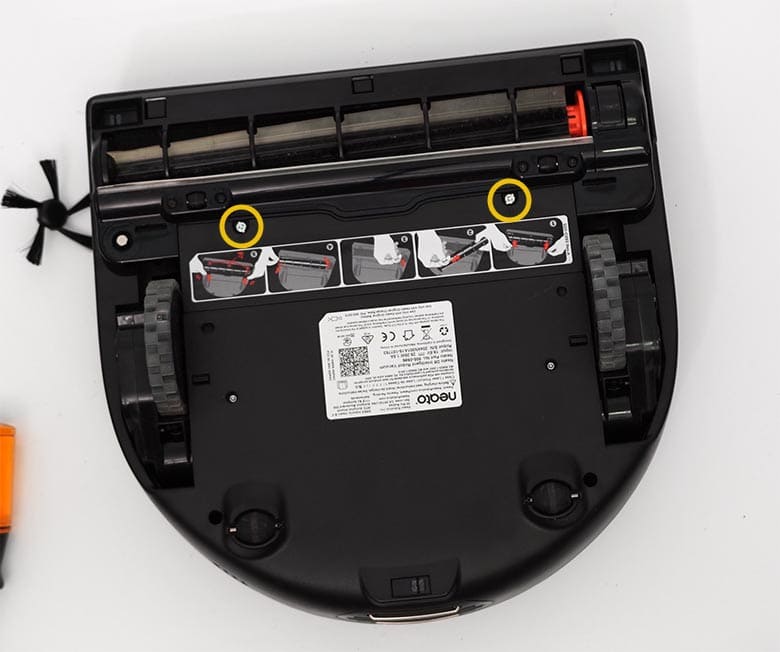 Two bolts hold the battery cover in place. Use a standard-sized Philips screwdriver to loosen to remove the cover.

The photo above is from a Neato Botvac D8, but it’s the same process for an older variant like the Neato D6. 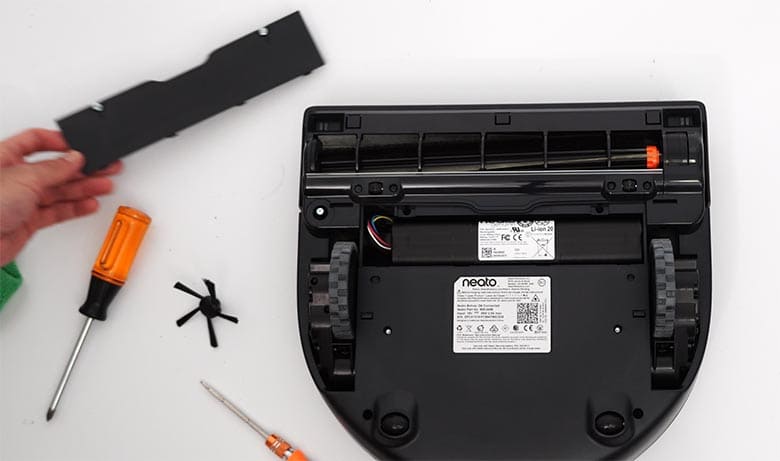 Once the cover is out, you’ll see the battery. 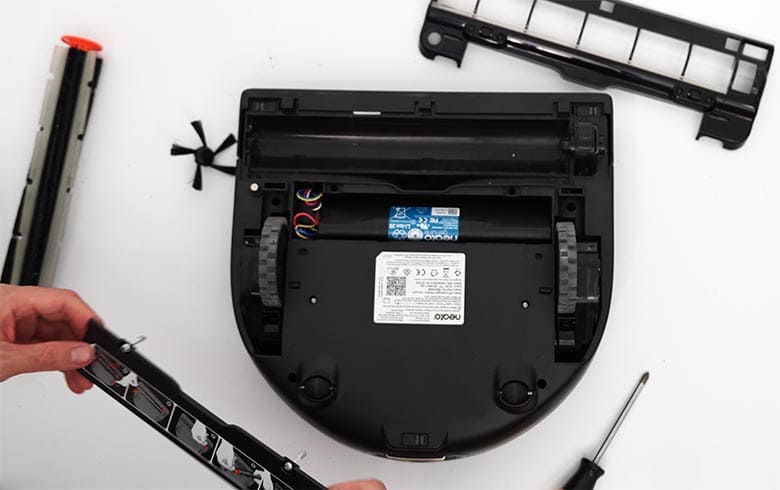 The next step is removing the battery by unfastening the wire bracket.

You’ll notice that the D8 utilizes longer wires that connect to the battery, making it easier to detach. 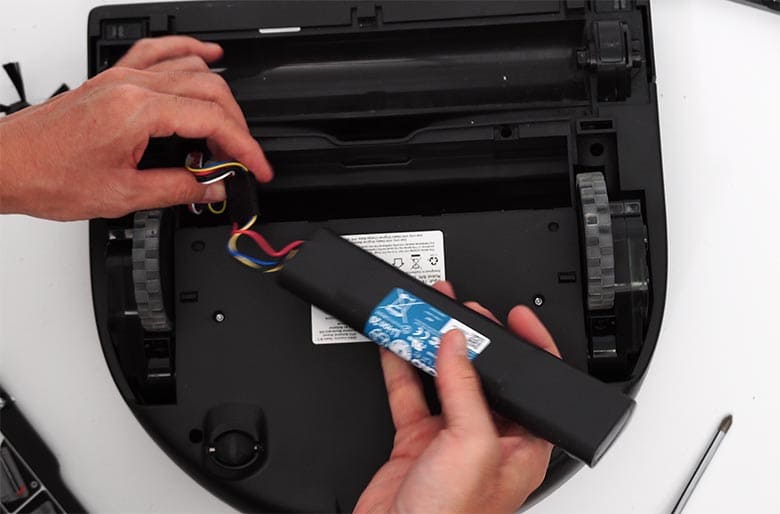 The D6 has shorter wires, making it trickier to detach. 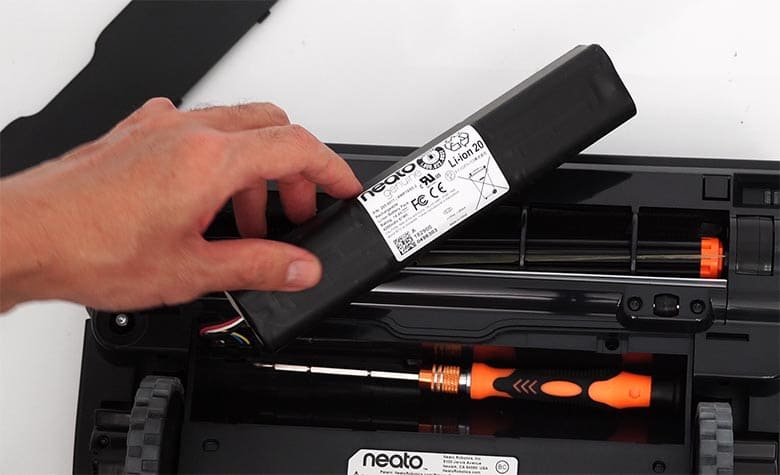 Side note: There’s no need to remove the side brush and primary brush to replace the battery. Those components were off because I was doing some maintenance cleaning on the D8 while recording.

Once you’ve detached the battery, attach the new battery, put the cover back in place, then tighten the two screws.