ILIFE A8 Review: An A6 With A Predictable Navigation

When it comes to robotic vacuums, the first brands that will probably come to mind would be iRobot and Neato.

I wouldn’t blame you because these two brands have been around for a while. 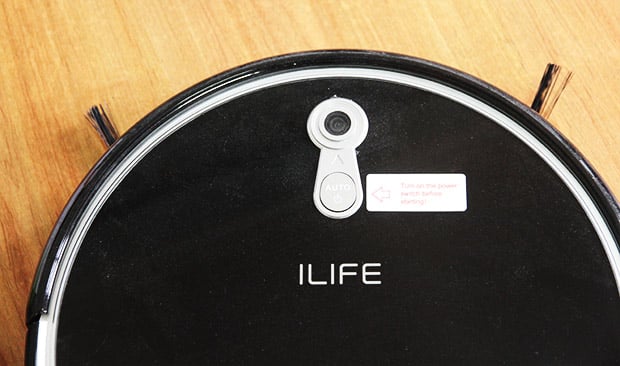 But there’s a new kid in the block making some noise. Technically ILIFE isn’t new because they’ve been in the business since 2015.

Their previous flagship variant, the A6 introduced the rubber “double-V” brush that did away with the bristles. The new ILIFE A8 now adds a camera to the equation.

What does this mean? It means a more efficient navigation. Instead of using a random cleaning pattern, the A6 uses a predictable cleaning pattern that’s similar to the Roomba 980.

When ILIFE first told me about this product, I was excited because it was another step in the right direction.

You’ll find out in this review how this robot performed, what’s in the box and what to expect.

What to expect from this new flagship robot vacuum from ILIFE?

At first glance, you’d think that this product is the A6 but the improvements ILIFE are significant.

Biggest would be the camera mounted on top of the robot. ILIFE calls this PanView that scans the room 360 degrees real time.

Sounds like the Dyson 360 Eye and Roomba 980 but the good news is this robot won’t cost as much.

Under the camera are 3 built-in data chips that’s controlled by a CV-SLAM algorithm that helps the robot plan it’s cleaning routes.

So how does navigation look like? Well just watch this video and see for yourself.

Compare it to any of the previous generation ILIFE robots and you’ll see a huge difference. First thing you’ll notice is that it goes in a predictable back and forth cleaning pattern whereas the earlier ILIFE robot only goes in a random direction.

Second thing is it will divide a room into different sections. In the video above, it started off cleaning the right section of the room first then the left.

It took less than 6 minutes for the robot to complete the task. Talk about efficiency.

Unfortunately, it may be too efficient for its own good based on the cleaning test I did.

It missed several spots and I had to run it to get a similar result with the A6. But here’s the thing even if you combine the time of those two cleaning cycles, it’s still less than any of the previous generation ILIFE robots.

ILIFE says that if the battery runs low, the A8 will charge and remember where it last cleaned and return to that spot and resume cleaning on the same area when it finishes charging. 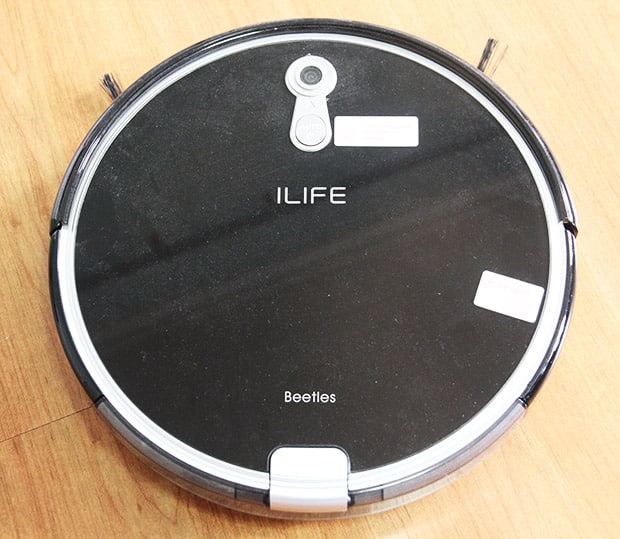 The A8 retains the same design as the A6 – deep black finish with gray accents and a single button at the middle. This button activates the default cleaning mode of the robot.

One thing different would be the camera on top that aids it in tracking its location.

Flip this robot over and it has the same design as the A6 and A4S. It has two side brushes, a motorized brush and two rubber wheels. Placement of the bin is the same which is at the back. 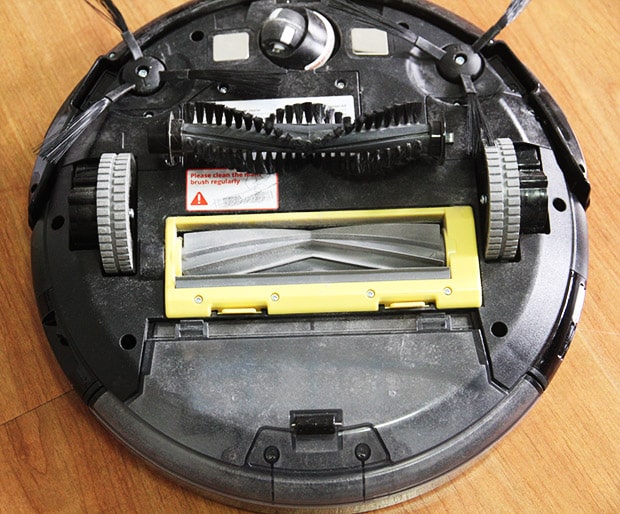 The A6 and A8 have the same type bin and can hold roughly the same amount.

Unfortunately, the A8 does not come with a smartphone app. You will need to use a remote to schedule and turn on this machine.

Even with the new design, functionality remains the same. There’s a big button in the middle tells the robot to clean the room in default mode.

The arrow buttons that flank it are directional buttons that allow you to control the robot like an RC and set the time you want it to clean.

Other buttons include the spot cleaning button and scheduling.

You can schedule the robot to clean your home once a day, seven days a week.

This further automates the process but you can only schedule it at the same time for the 7 day period.

To give you an idea how this robot performs please first take a look at these photos. 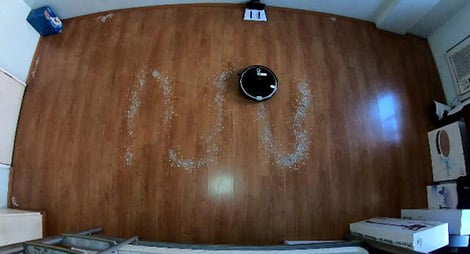 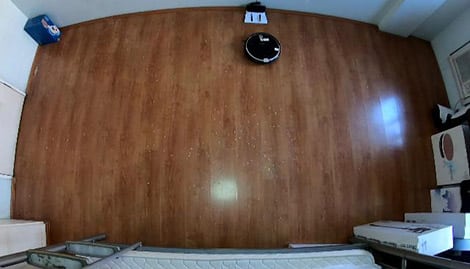 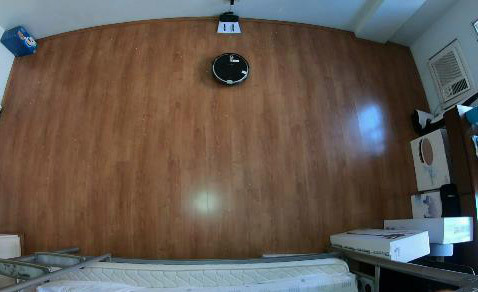 Overall, the rubber double-V brush did slightly better than the bristle brush.

While the numbers are impressive, my biggest gripe would be the spots it missed.

You’ll clearly see in the video (please watch the whole thing) that it did not do the middle part well and edge cleaning was suspect though it was able to clean most of the dirt at the edges.

The performance of the motor and brush isn’t the issue but navigation. If ILIFE could add a second cleaning cycle then this robot would seriously challenge the Roomba 960 even without the app.

You can buy the ILIFE A8 from Amazon for less than $300. And this will be eligible for their free 2-day shipping if you join Prime.

Amazon also offers extended warranties up to 3 years if you want that extra peace of mind.

Another option would be buying this from GearBest. Please check the links below for the latest prices. You can also use the coupon codes to get extra savings.

Despite the lack of thoroughness and edge cleaning, I still like the new ILIFE A8 robot vacuum. It is a clear step in the right direction and proof that ILIFE is willing to change up things despite the success of their previous robots.

This is a good cheaper alternative if you cannot afford the Neato BotVac or the Roomba 960 (or 980). It comes with an efficient (perhaps too efficient) cleaning pattern that relies on a camera to navigate.

This means that you may not be able to use this on pitch black condition because camera needs light to function. Cleaning performance is decent but you may need to run this a couple of times just to make sure everything is covered.