Author: Garrick Dee Updated: October 8, 2022
I hope you like the recommended products. Just an F.Y.I., there are affiliate links in this post, and if you click any of those links, I’ll earn a commission.

When Xiaomi introduced the world to its first robotic vacuum, people were skeptical (myself included) about how it would perform.

And I’d say it was more successful than the much-hyped Dyson 360 Eye in terms of reviews and sales. 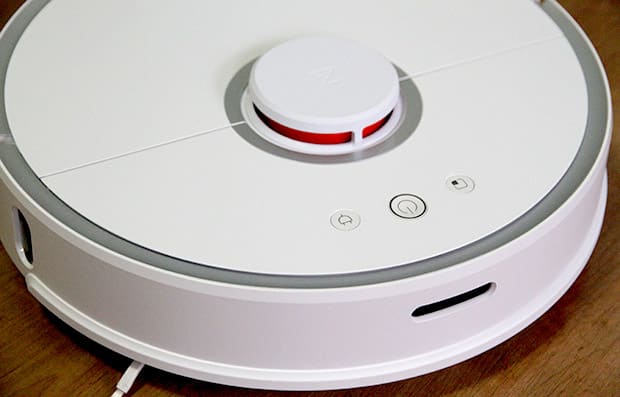 This 2nd generation Xiaomi (they call the Roborock S50) robot will cost upwards of $450 depending on the plug type. So that’s a few hundred dollars more expensive. So is it worth the premium?

If you want this robot, now is the time to purchase it, but don’t forget to watch my video review if you’re going to catch a glimpse of what this robot is all about.

Let’s closely look at this product’s features and improvements over the previous generation Xiaomi. Buy Now from Amazon
We earn a commission if you click this link and make a purchase at no additional cost to you.

What to expect from the Xiaomi Roborock S5?

Watch this video to get a glimpse of what this product is all about.

If you have not read my review of the first-generation Xiaomi, please read it over here.

Initially, before upgrading the firmware and app, I was disappointed with how it performed in the first cleaning test. I mentioned at the time that “it was too efficient,” meaning it lacked thoroughness.

But after the firmware upgrade, everything changed. Cleaning performance improved more than two-fold because of the thoroughness.

Expect more or less the same performance because this product uses the same motorized brush, single side brush but with slightly more power. 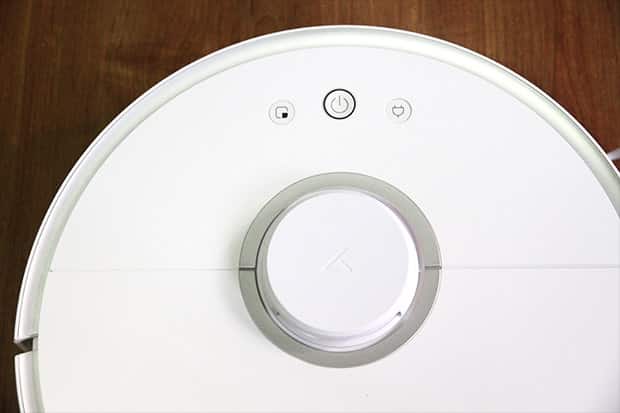 From the top, you’ll immediately notice the difference between the first and second-generation Xiaomi. Whereas the first get robot’s buttons are at the bottom of the fascia, the newer generation is at the upper part, right before the LDS sensor.

You won’t be able to schedule cleaning on the robot, only through the smartphone app, unlike in the Neato BotVac.

Depending on your preference, this feature can be a bad thing or nothing. 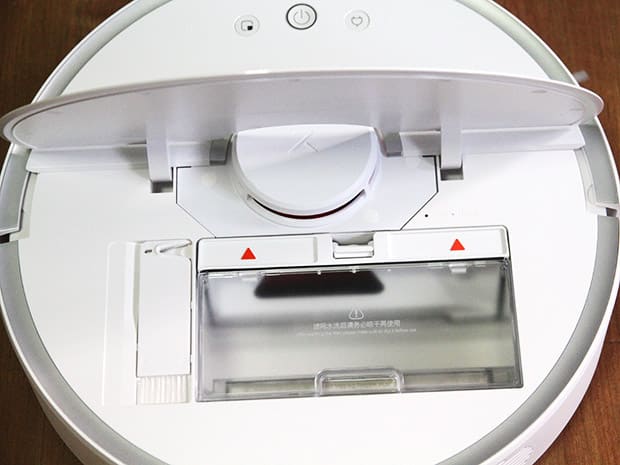 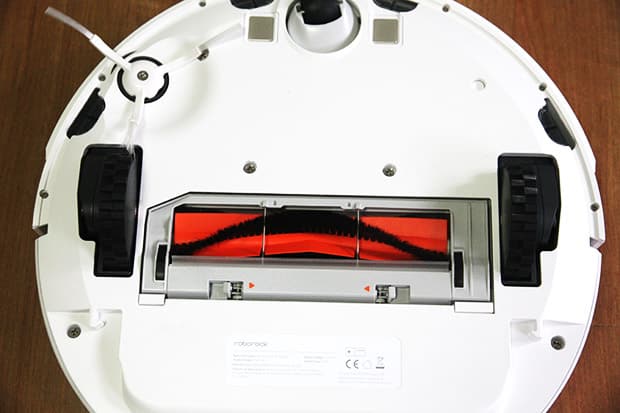 Flip the robot over and see the same layout as the previous generation Xiaomi. It is a single side brush that’ll help clean dirt on the edges and corners and sweep them towards the middle.

But there’s another function that Xiaomi added to this new machine that’ll I discuss below.

What are the improvements with the Xiaomi Roborock S5? 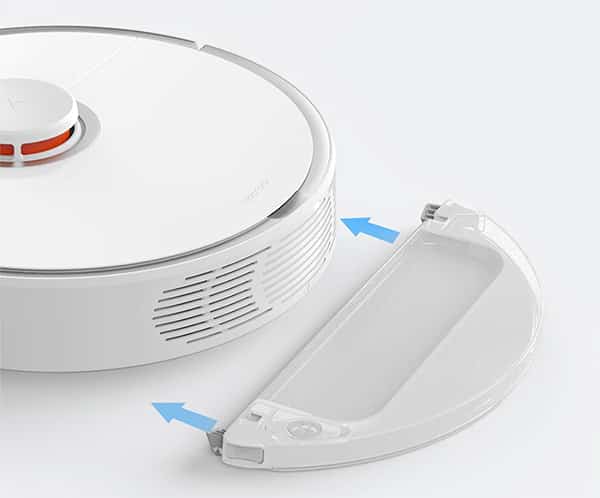 In my opinion, the most significant upgrade would be the mop’s addition. Some folks have gone as far as using double-sided tape to stick a microfiber towel at the bottom of the robot.

With this new product, you don’t need to go through all that trouble because it comes with a mop.

And it’ll allow you to wet or mop with the vacuum on.

Yes, it is that versatile, which makes it similar to products such as Jisiwei I3, ILIFE V5 Pro, or the Liectroux B6009.

Xiaomi says it uses a “smart water effusion” system where water only trickles down so you won’t have a big puddle of mess.

I have not tested this product, so I do not know how well it works. But I’ll update this article once I get my hands on the test unit.

But to give you a glimpse of how it mops, please watch this video.

The Xiaomi Roborock mops the same way it vacuums – in a back-and-forth predictable pattern. Take note that it will vacuum and mop at the same time. The app has no feature that tells the robot to shut off the motor.

The first generation Xiaomi was already a beast in terms of power, with 1,800 Pa of suction. This second-generation robot adds 200 Pa to the equation.

Does that make a difference in day-to-day cleaning tasks?

Well, probably not, but it’s a step in the right direction. And having more power is something you’d want if you have lots of carpet at home.

I mentioned earlier that you could use a smartphone app to control this robot autonomously even when you’re not physically at the same location.

It also allows you to schedule this multiple times a day, something that you can’t do with the Neato BotVac or Roomba 980.

Another feature of the new Xiaomi is that it allows you to clean a specific part of your home without physically blocking it or using a virtual wall (something that iRobot uses).

In my opinion, it is a massive improvement because it gives you more control and options.

The more options you have, the better it is.

One improvement I like is the “zone cleaning” feature, where you can ask the robot to clean a specific part of your home. There’s no need to put any physical barrier or magnetic strip tape. 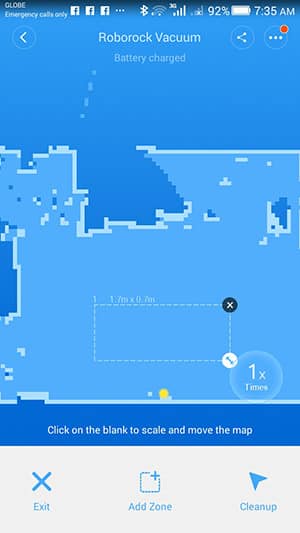 All you need to do is draw the area on the app then the robot does the rest. It’ll go around the area twice and back to the charging station.

Instead of having to draw the area you want the robot to clean manually, it has this feature they call persistent maps that save the maps that it draws in its previous cleaning cycles.

Once it has the data in place, you can assign names to each room and tell the robot to clean that area through the app or Alexa.

Another significant improvement would be the washable HEPA filter. No longer will you have to replace it as soon as it gets soiled. Just run it over water, let it dry then you’re ready to go.

But here’s the catch, you can only wash it once a week.

Unfortunately, you’d still have to replace the filter but not as often as the old Xiaomi. It will reduce costs because you’ll buy filters much later. 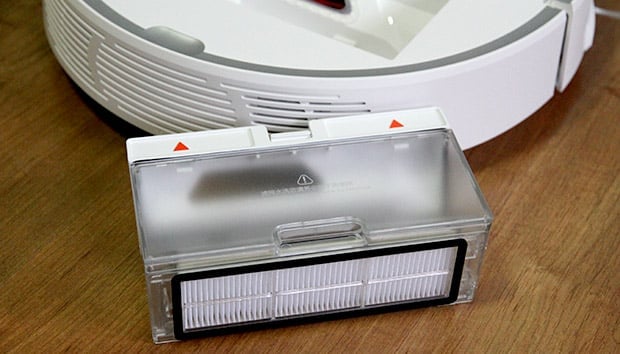 The dust bin is also slightly larger at around 0.50 liters which is 0.08 liters bigger than the first-generation Xiaomi.

Not a huge improvement, but at least it has a bit more storage space. Compared to the Roomba 980, which has a 700ml dust bin, the Xiaomi bin pales in comparison.

So you’ll have to empty this more often compared to a Roomba.

Xiaomi has perhaps the largest capacity lithium-ion battery in the industry.

Having this much capacity does add to the weight, but who cares? It is an autonomous cleaning robot that does the job for you.

Unlike the Dyson 360 Eye, which only runs 45 minutes, this robot will run for 2.5 hours! Think about that; a Dyson will cost close to a thousand dollars, while this will cost $600 at most.

Now that is value for money!

Like the first-generation Xiaomi, this also uses a Laser Distance Sensor to map out the room’s shape.

It is the same technology found in the first gen Xiaomi. But they did something unusual. Engineers relocated the sensor towards the robot’s middle instead of leaving it close to the back.

I’m not sure why they did this. It could be because of clearance issues so that there’s less risk of the elevated cover rubbing on an overhanging cabinet. Or it is just cosmetic to make room for the instrument cluster at the back.

Inside the robot are three processors that help the robot process all the information gathered by the LDS sensor to map out the most efficient path.

Simply put, it divides the rooms into subsections when it cleans.

At the heart of all this is the Simultaneous Localization and Mapping algorithm (or SLAM) that drives the robot around different areas inside your home. It is the same technology that you’ll see in the Google driving car, a.k.a. Waymo.

Even with the slight bump in power, do not expect a dramatic improvement in cleaning performance. This robot will have the same performance as the first-generation Xiaomi.

Check out these before and after photos… 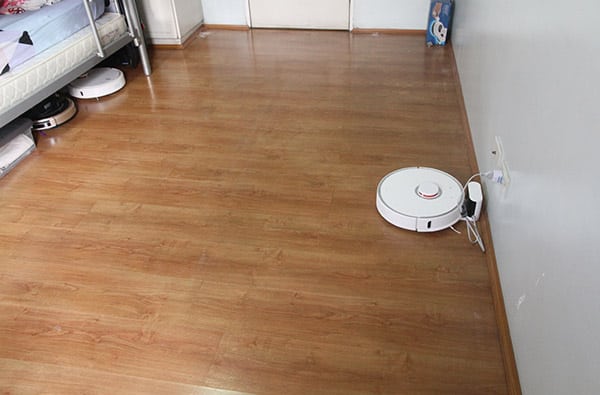 It did an excellent job cleaning the middle parts of the room. It picked up nearly every bit of dirt I scattered on the floor. But it struggled somewhat to clean the edges near both sides of the door. The side brush did struggle in reaching to the edge and corners. 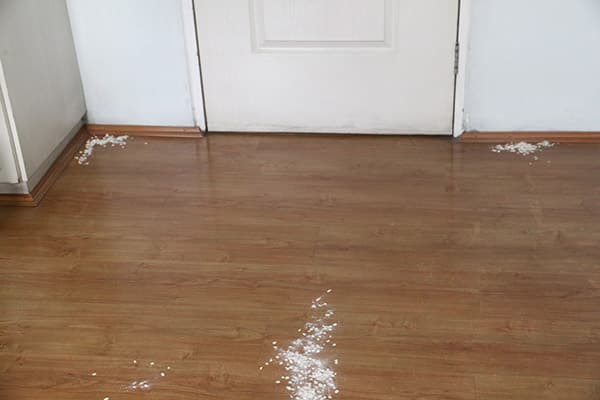 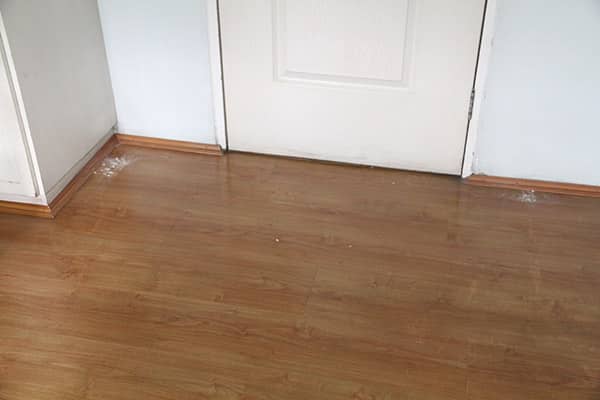 The mopping feature is one of the most significant upgrades in the Roborock.

It has a bracket holding up to 60 ml of water and two microfiber pads.

However, don’t expect this feature to replace your traditional mop. It mops the same way it vacuums – in a straight back-and-forth pattern.

Right now, the Roborock S5 is available in online stores like Amazon, but only as a renewed product (a second hand).

Disclaimer: I will earn a commission if you purchase through the link above, but at no extra cost, so it’s a win-win for us!

So the big question is this robot worth the $600 price tag? It depends on your preferences, the size of your home, and if you can afford one.

This robot would suit best in a medium to large-sized home thanks to its 2.5-hour range and efficient cleaning pattern.

You wouldn’t need to worry about it getting lost because it’ll rarely get lost, thanks to all the gadgetry installed.

It also has the best smartphone app in the business (in my opinion) because of all the options it gives you.

It is the only app I’ve seen (aside from the Dyson 360 Eye) that can schedule more than once a day. So you can schedule this morning, noon, and night if you so choose.

The new app that you can use with the second-generation Xiaomi allows you to program it to clean a specific area of your home.

However, it’s not like the Roomba I7 that allows you to clean a specific room – you’ll have to mark that rectangular area through its zoned cleaning feature.

And the best part is you don’t need to physically block it with a magnetic tape.

It’s the tech that you’ll get that makes this a great budget option (if consider $600 cheap) to the Roomba 980.

You’ll get a robot that’ll run for 2.5 hours and clean every room in your home with efficiency.

If you live in a mansion, it’ll clean on its own after recharging if it can’t cover the whole area in a single charge.