Chuwi ILIFE A4 vs V7S: Review and Comparison 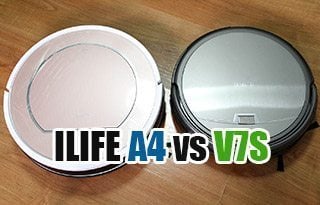 The past few weeks I’ve been testing four different ILIFE robots and to see how these perform individually and against each other.

In this article we will be looking at the ILIFE A4 and the V7S. I will compare the features and how these features differ and what type of home will suite each one best.

GearBest has discontinued selling the V7S and has replaced it with the V7S Pro that comes with an upgraded water tank.

If you are not familiar with ILIFE, they are a robotics manufacturer based in China that was established in 2010 with their first R&D plant in Shenzen.

It has a total of 10 different variants, 9 of which are available in GearBest.

Without further ado, let’s start with the comparison.

Both the A4 and the V7S departed from the four button interface of the earlier X5 robot. The interface consists only of a single power button that doubles as a battery indicator. 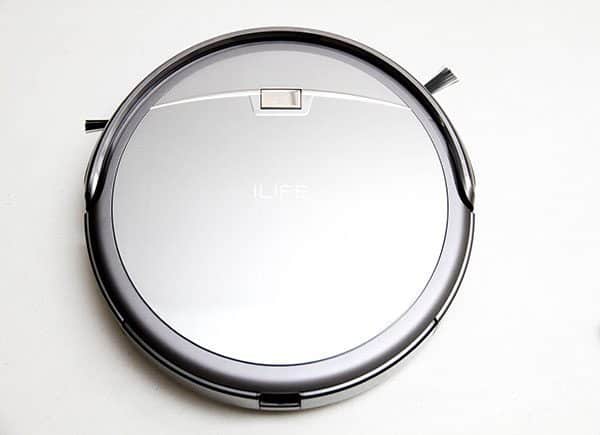 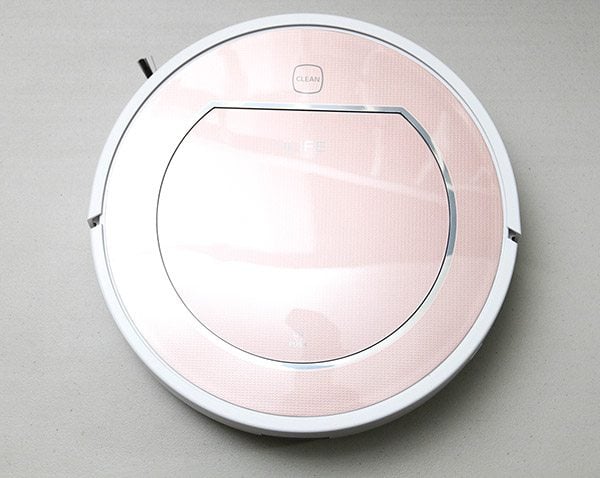 The V7S also comes with a water tank that is interchangeable with the bin depending on the need.

A4’s bin is a drawer type that slides at the back part of the robot similar to a Roomba.

Let’s compare the dirt bin of them both… 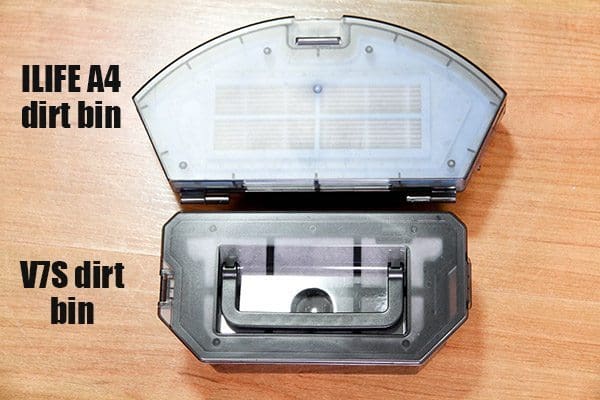 Based on the photo above the A4 looks to have the larger bin but it doesn’t. The V7S can hold more dirt compared to the A4.

Will this matter? Honestly I don’t really think it matters much except for cleaning spaces in between chairs. In one of the cleaning sessions I found the V7S stuck under a chair… 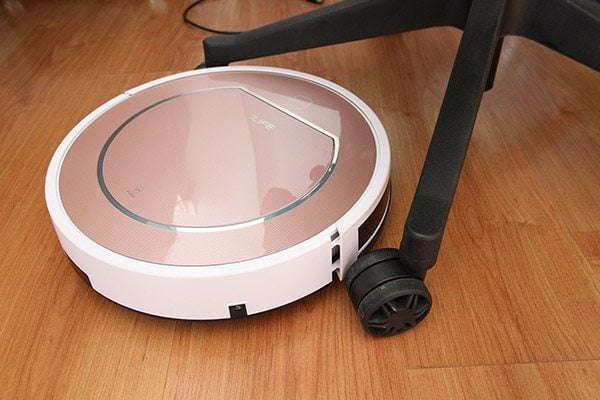 But that only happened once, I’ve been running the V7S for several days on the third floor of our home and it hasn’t happened ever since but it’s something to take note of if you have the same type of furniture.

If you want it to clean well, I’d suggest removing all chairs, slippers, small lego toys and all wires! I cannot stress this enough, any loose wire will stop this robot on its tracks. 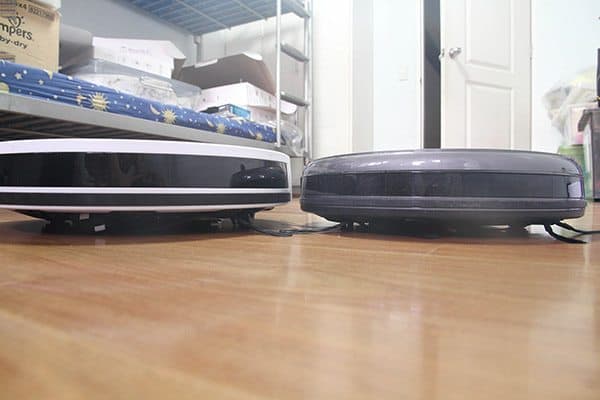 The V7S is slightly taller measuring 3.15 inches and the A4 measures 2.99 inches tall. At least in our home, it really does not seem to matter except for these overhangs of our closets.

Biggest difference between these two can be found underneath. 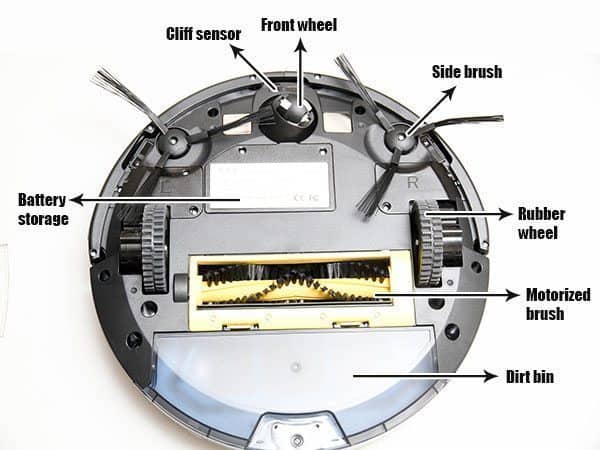 When you look at all the parts of the A4, the motorized brush and side brushes. These are geared towards efficiency.

It lacks the double-V brush found in the V7S which hurts it a bit on carpet but the strong suction makes up for it.

The two side brushes have a plus and a negative side. The biggest advanced would be extending the reach of this vacuum, this brush really has a long reach that it acts like a small broom that grabs light debris and funnels it to the vacuum inlet.

This benefit would be felt most on bare floor particularly when cleaning edges. This robot really likes to hug the edges and the side brushes will most benefit in this area.

Having two side brushes can be a blessing and a curse cleaning large messes.

The side brushes will scattered portions of the dirt but the robot will eventually clean up a majority of it. 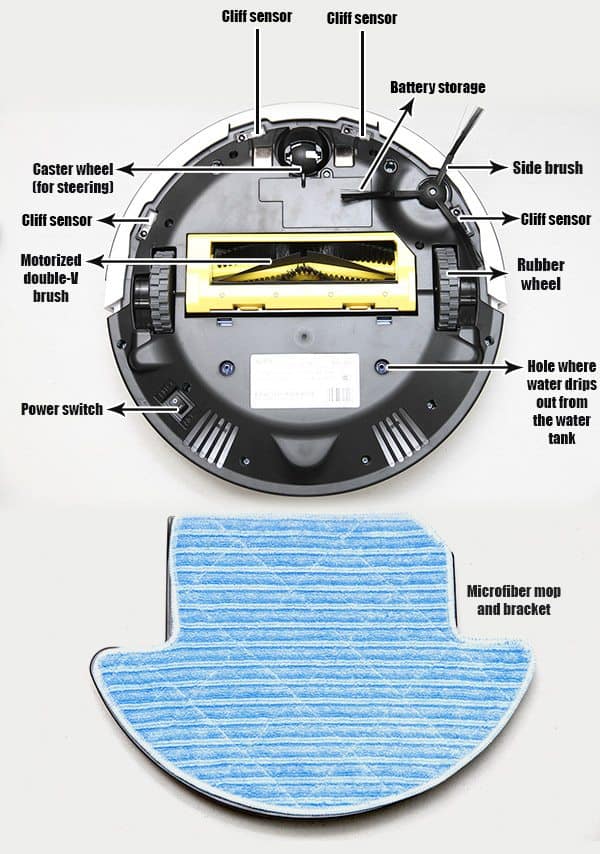 The V7S is a slightly more versatile machine meaning aside from the vacuum functionality it also has a rather large mop but only one side brush.

This mop is connected to a 450ml water tank doubles the functionality of this variant to a wet mopping robot. Now since the microfiber pad covers three-fourths of the underbelly, you cannot use the vacuum and dry mopping feature simultaneously as you would on an X5 or V7.

Based on the information I got from GearBest, the A4 has the most power of the 5 ILIFE robots with a maximum suction power of 1,000Pa.

It has two modes of power – at the default mode the motor will only produce 700Pa of suction.

Main purpose of this feature is noise reduction. At max mode the robot will be very noisy.

The V7S only has 400Pa of suction which means it will not do as well on carpet as an A4 but the lack of suction makes this much more quite than the A4 (up to 60 decibels only).

Both the remote controls of the A4 and the V7S have the same design except one slight difference. 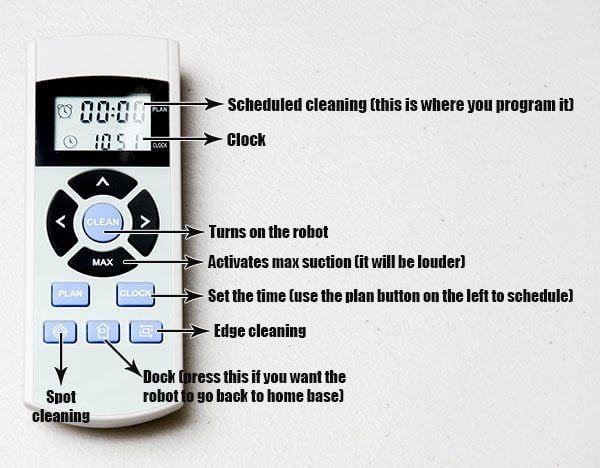 You’ll see that the A4 remote uses the word “max” instead of a down arrow (look under the blue clean button). When you press this, it activates the maximum suction with amps up the power to 1,000Pa.

The max button also doubles as the down arrow when you use the scheduling feature. 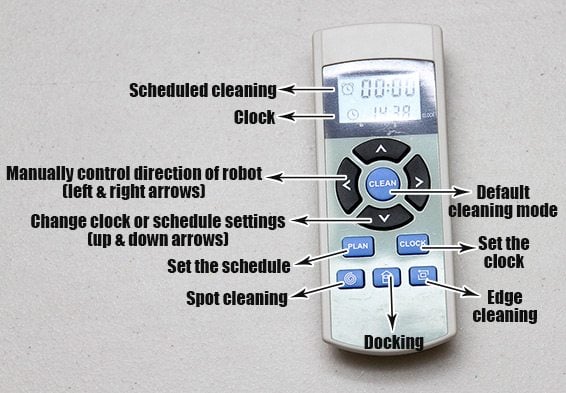 The remote of the V7S is an exact same copy as the A4 except instead of the Max button, it has a down arrow. 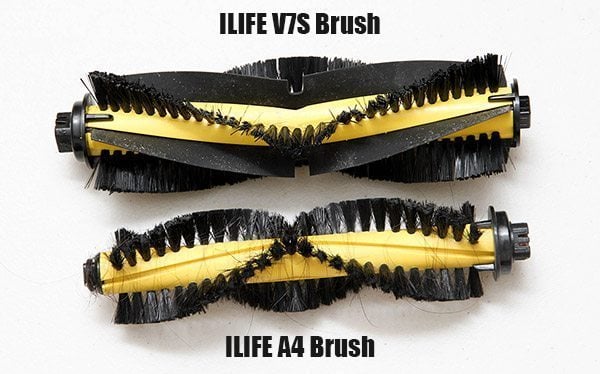 The A4 comes with the bristled brush and the V7S is equipped with the “double V” brush that combines bristles and squeegee for extra agitation.

While the V7S has better agitation and will better clean pet hair, the lack of suction certainly limits its cleaning potential. I hope that ILIFE comes up with a more powerful version of the V7 series.

You cannot interchange the brushes of the A4 and the V7S because the latter is wider and bigger.

I cannot say that both of these robot vacuums have exactly the same navigation. There are similarities but each one also has their own quirks.

To give you a better idea of what I mean you’d have to watch these videos of these two robots moving around a room and I’ll give a brief commentary at the end.

Make sure to watch the whole video to see the differences between the two in terms of navigation. While both technically should have the same navigation algorithm, each one has their own quirks.

One thing I noticed with the A4 that it does less stopping and turning compared to the V7S. The latter would stop even if there isn’t anything blocking it’s path and does a turn on a random direction.

The A4 does stop but it does so after a greater distance.

Another thing I noticed with the V7S is that it does a series of quarter circle turns in the middle of the room even if it isn’t cleaning an edge.

When you put on the mop on the V7S, it definitely slows down the robot to almost half-speed as you’ll see in the video above.

I was pretty at first because the robot was almost crawling so I had to stop it a couple of times just to check if I’ve attached the mop properly. I cleaned the caster wheels and re-attached the mop and it eventually moved around better.

On several occasions it went into spiral cleaning mode. I don’t know if it was the small size of the kitchen that prompted it to do this.

Remember to vacuum the area first before running the mop for best results.

It’s a good thing that the run time is around 2 hours which should enable this to mop your kitchen floor.

Another difference between these two robots is the design of the dirt bin and filtration. 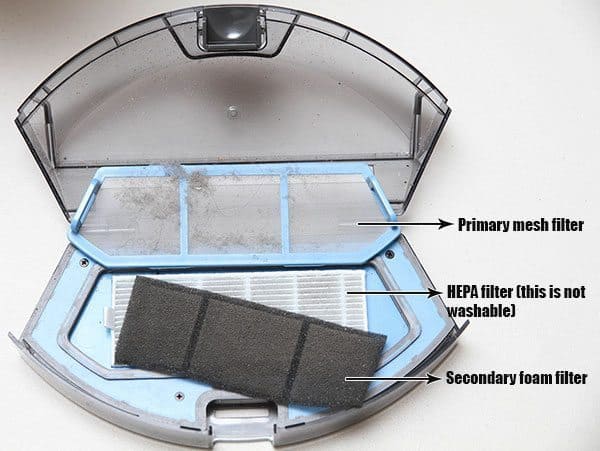 The A4’s bin is at the back of the robot. It has a similar design to the Roomba 700 series.

GearBest says that is has a capacity of around 0.45 liters.

One thing I like about it is the design. It has three levels of filtration that starts with the fine mesh filter.

This mesh filter is followed by a foam and then the HEPA filter. Really fine particles of dirt will get through the first two layers of filtration so you will have to “clean” the HEPA filter as well to maintain performance.

The HEPA filter isn’t washable and you will have to replace it every 3 to 6 months depending on how often or how dirty the environment is.

Now on to the V7S 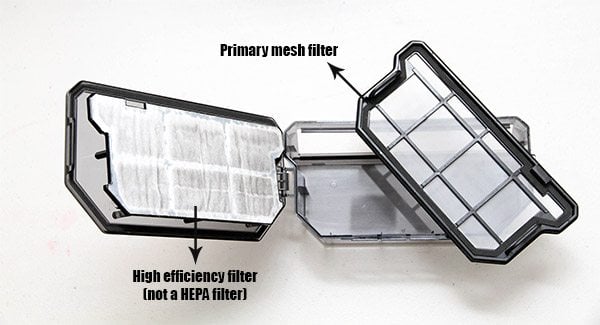 The design of the V7S’s bin is much different and even if looks smaller, it actually holds a little bit more dirt.

The official number is around 0.5 liters, around 0.05 liters bigger than the A4 so despite the weaker suction the V7S will hold more dirt compared to the A4.

The V7S also comes with a water tank that holds around 0.45 liters of water. 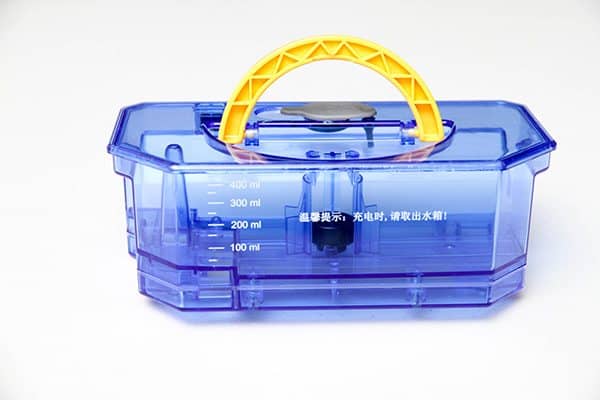 This allows it to wet or damp mop surfaces such as tile or linoleum and basically is a robot version of the Swiffer. When I say this, it means it will not scrub the floor, it will literally just mop.

If floors have caked on stains, it will not remove them but it can handle fresh spills provide that it’s small enough.

The A4 and V7s are available in Amazon but you won’t get the best deal buying from that marketplace. These two are available at a much lower price in GearBest.

Click on the links below to get the latest prices. Some of these links are coupon codes that you can use to get an even better deal.

Tate note that the V7S Pro is no longer available in GearBest and has been replaced by the V7S Plus. Both are the same robots but the latter has a slightly different water tank.

The ILIFE V7S and A4 are discontinued variants that are no longer in production and have been replaced by the V7S Pro and A4S respectively.

These two robots are similar but vastly different from one another. Each one has their own strengths and weaknesses.

The A4 has superior suction and is narrower by an inch which allows it to fit in tighter spaces.

This robot is a dedicated floor sweeper that supplements an upright in homes with carpet. But it could act as the primary vacuum in homes with only bare floor.

Either way it will help keeping dirt and dust from piling up to unhealthy levels keeping the indoor environment clean.

Obviously the A4 will be better suited as a bare floor and carpet cleaner thanks to its superior suction while the V7S is better suited for homes with lots of tile or linoleum because of the wet mopping capabilities it possesses.