ILIFE V1 Review: As Bare Bones As You Get 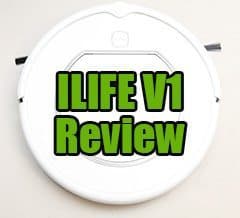 I’ve been doing a series of videos and articles about the ILIFE robot vacuum over the past few months and this time we’ll be having a look at the ILIFE V1 robot.

This robot is the most basic of all the ILIFE robots I’ve tested and you’ll see what this robot is all about.

We’ll take a close look at the features and performance and what’s lacking to help you make the right choice.

It is actually the cheapest of all the ILIFE products I’ve tested. Unfortunately this product has been discontinued.

Same as the V5

Please check out a similar variant called the V5 that has a charging dock and remote. If you need something with a mop then check the V5S Pro.

But I must warn you that this does not come with any remote or a charging base so when this robot runs out of battery you will have to manually plug in the charger.

This is a big downside since there will be more involvement from you. The good news is, it has the same cleaning performance as other ILIFE vacuums and as you’ll see in the video recordings below, performance does not suffer even it is the most basic.

What to expect from the bare bones ILIFE V1?

This robot is the very definition of bare bones. It comes with the bare essentials that will allow it to clean your home but it lacks several features that may make you want to think twice before buying this considering the minimal price difference between this and the ILIFE V5. 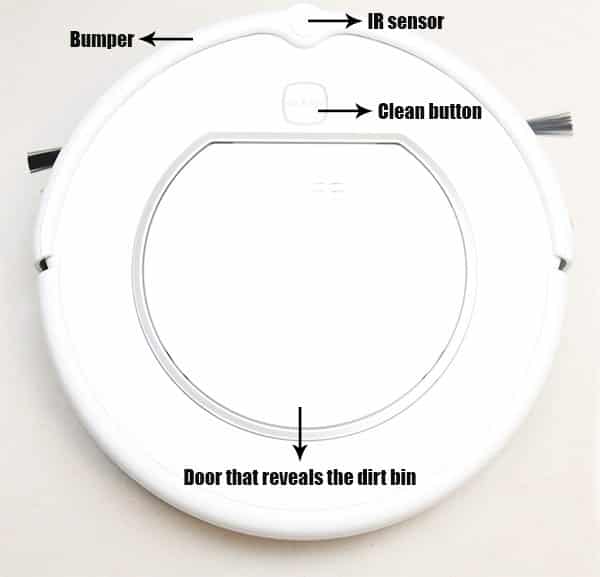 Here’s a close up of the “clean” button. 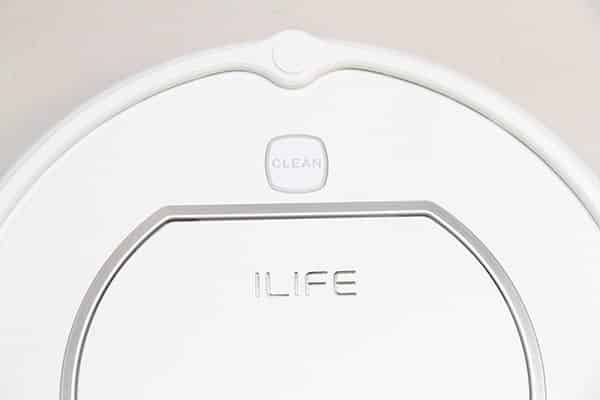 As you’ve notice in the two photos above, this robot has only a single clean button. This activates the default cleaning cycle of the robot. The interface doesn’t allow you to schedule, do edge or spot cleaning.

It is as simple as it gets. 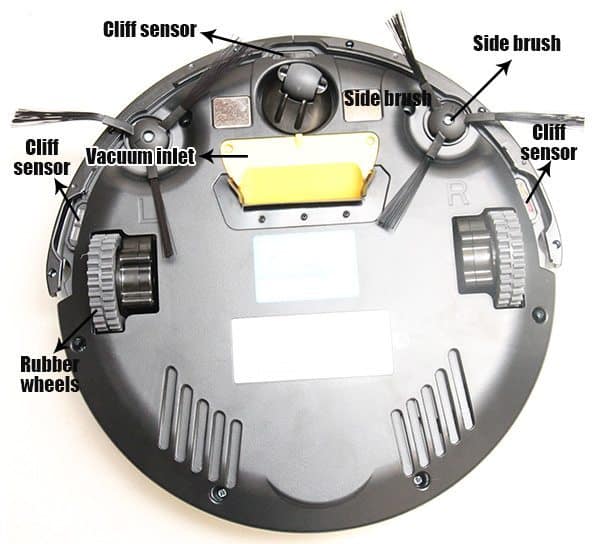 Underneath you pretty much get the same layout as the X5, V5 and V5 Pro meaning, it has a narrow inlet flanked by two side brushes.

It does not have any motorized brush which make this more suitable on hard floors rather than carpet.

This robot does not have any charging dock which was disappointing because it means you have to manually plug in the charger after each cycle. 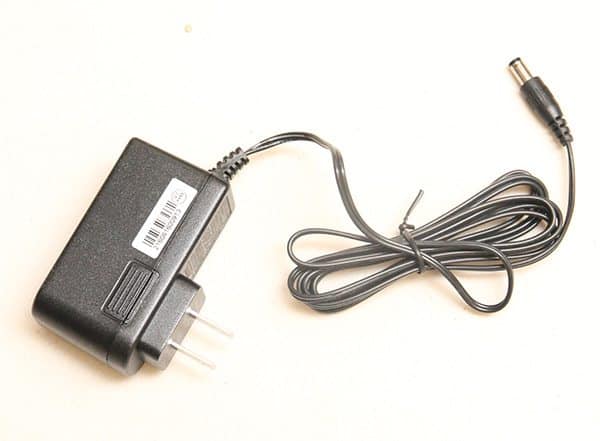 Another omission would be the lack of a remote which really isn’t a big deal since pressing the clean button does not take a lot of effort.

The biggest downer though would be the lack of the scheduling feature that makes robot vacuums such a useful tool in keeping our homes clean.

That means every day you’ll have to get up every day unplug the robot from the charger and press the clean button. The few extra steps may or may not be a deal breaker for you but that is completely subjective.

The smaller battery size means that it will run shorter – between 70 to 90 minutes and will take between 200 and 250 minutes to fully charge.

It also comes with a HEPA filter plus 4 extra inside the box.

When it comes to performance this robot did not disappoint even against the V5 Pro it was able to hold its own.

If you’ve watched the first video it managed to clean 47 out of the 50 grams of oats and powder scattered on the floor.

I prematurely stopped the robot because I didn’t want to record a very long video otherwise it would have picked up more.

Some when over the door stopper area that the robot could not reach, other small bits where left in the middle.

This robot is available in GearBest and the cheapest of all the ILIFE robot variants.

Click on the links below to get the latest prices plus some coupon codes:

The V1 performed really well when you compare it to its more expensive sibling the V5 Pro.

What makes it hard to recommend are the lack of key features essential in a robotic vacuum.

It lacks a charging dock where it can automatically go to and dock after a cleaning cycle. Without it you’d have to manually plug the charger every single time.

It also lacks a scheduling feature that will allow you to schedule it to clean on its own. You will have to press the clean button every single time.

Performance wise, it held its own even against its more feature-rich siblings that have remotes and charging stations.

If you don’t mind the limitations, this is the best cheap robotic vacuum available right now.