How to Replace Roomba 690 Battery

Author: Garrick Dee Updated: November 4, 2020
Tags: How To, Roomba Maintenance
I hope you like the recommended products. Just an F.Y.I., there are affiliate links in this post, and if you click any of those links, I’ll earn a commission. 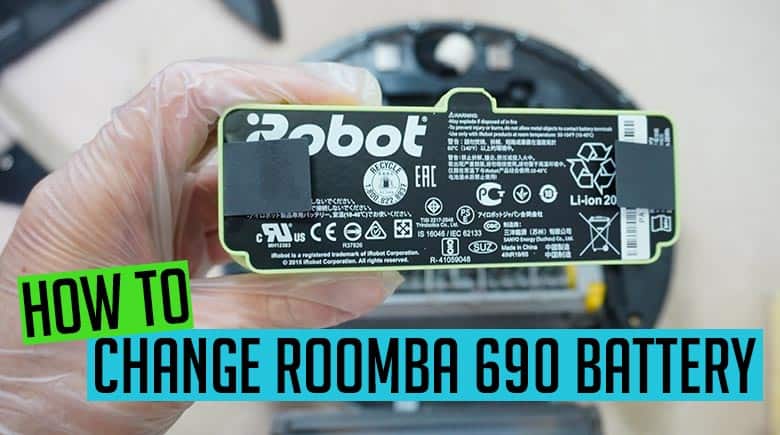 Newer Roomba robot vacuums, regardless of price, are equipped with a Li-ion battery.

These batteries are lighter and last longer. However, that longevity isn’t indefinite, and you’ll need to replace it if you use it long enough.

I’ll share with you how to change a Roomba 690 battery in this tutorial. Please note the steps here also apply to the Roomba 614 and 675 since they share the same components and architecture.

Related: How to replace Roomba 980 battery

Steps to change a Roomba battery

One thing I like about Roomba products is its modular design. You can replace almost any component if you’re the type who likes to DIY.

The good thing about the 690 is the battery is easily accessible.

Step 1: Remove the dust bin and flip the robot over

Place a clean towel under the robot, remove the dust container, then flip the robot over. The towel acts as a cushion to prevent scuffing on the surface.

Also, take out the side brush by removing one screw that holds it in place. 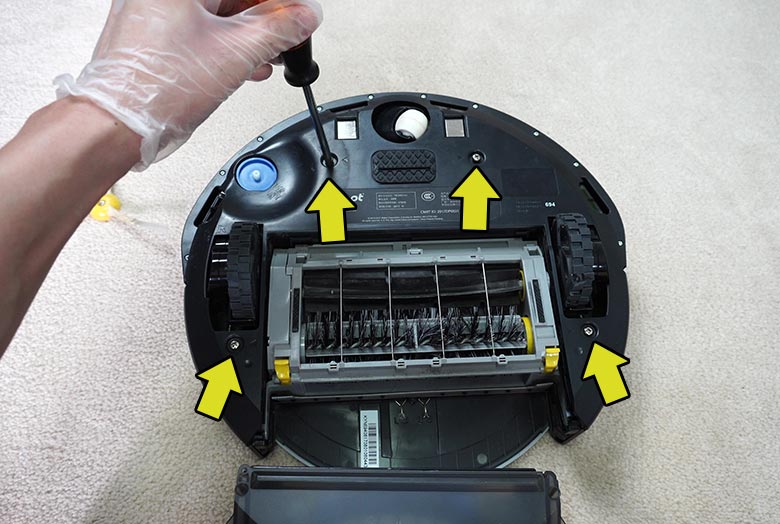 Use the Philips screwdriver to unfasten the four screws, as shown in the photo above. There’s no need to remove the screws. Loosen it enough until you can remove the base plate.

Step 3: Remove the base plate 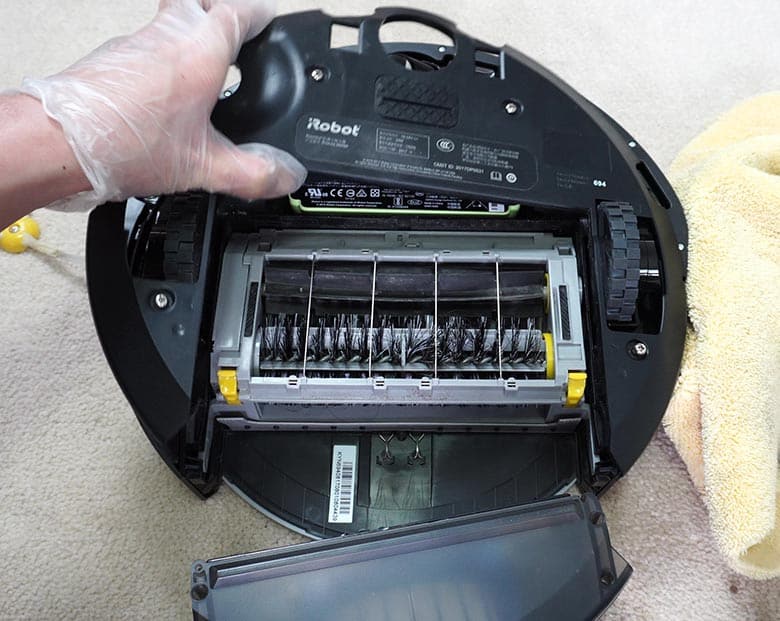 Once you’ve loosened the four bolts, gently lift the base plate. If there’s a snag, loosen it a bit more until the cover comes off.

You’ll see the battery right in the middle, above the main brush. Pull out the battery using the two black holders on each side.

Here’s how the battery looks up close. 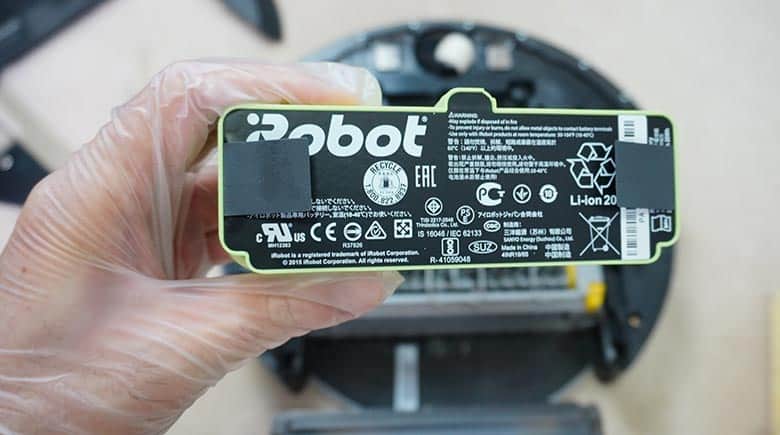 Get the new battery and place it over the battery port.

Step 5: Reattach the base plate

Reattach the base plate and tighten the four screws. Don’t overdo it as you may strip the screws.

After step 5, you’ll need to reattach the dust bin and side brush.

Given a choice, I’d always go with an original Roomba battery, which will cost more than OEM replacements. But if you’re willing to try, there are lots of options available. Some have larger capacities that should enable your Roomba 675 or 690 to run longer than an original.

The issue will be longevity if these replacement parts can hold up over the long haul. One way to gauge is by looking at consumer reviews. I’d go with a brand with high 4+ star ratings with lots of entries.

Also, there will be slight variations with the 614, 675, and 690 battery. So make sure that it is compatible with the Roomba you have.

Some batteries that are compatible with the Roomba 675 may not fit on the 690 like this Nastima XLife battery.

Always go for a Li-ion over a NiMH battery as it lasts longer and doesn’t suffer from fading issues.

Brand new is always better than a renewed battery since this part is consumable and a renewed part may not last as long (I wouldn’t take the risk).