Over the past few years, iRobot has unveiled perhaps two of the best robot vacuums available right now – the Roomba 880 and 980.

Two significant improvements made by Roomba were the introduction of the tangle-free extractors in the Roomba 880 and then the predictable navigation pattern later in the Roomba 980.

The first improvement addressed the issue of maintenance.

Traditional beater bars need frequent cleaning because hair and dust will always wrap around it.

The second improvement addressed the issue of inefficiency. It is perhaps the biggest complaint of consumers.

However, we will not focus on the Roomba 900 series. This article is all about the Roomba 880 and 860 comparison.

Both the Roomba 880 and 860 and is no longer in production and now has been replaced by the newer Roomba 890. All three variants are the same robot in terms of power and navigation.

However, the 890 adds WiFi connectivity so you can use an app to control this robot even when you’re not physically present at home, and it is compatible with Alexa.

The Roomba 890 is also cheaper since it is still in production.

What are the improvements with the 860?

Technically speaking there aren’t many differences between the 860 and 880.

FYI, the 860 is a few hundred dollars cheaper than the 880, and it comes with basically everything the 880 has, and that’s we’ll look into in detail below:

So essentially the 860 and 880 are the same under the hood but why the significant price difference?

The most significant difference would be the accessories.

When you buy an 880 on Amazon, you will get a lot more goodies. These include two virtual lighthouses, a remote, three extra side brushes, and HEPA filter.

The Roomba 860 comes with less. Instead of two virtual lighthouses, it comes with just one virtual wall.

If you’re curious how a virtual wall and lighthouse are different, it’s pretty simple.

A virtual wall is what it is – a device that uses an IR signal designed to block a robot’s path.

A lighthouse functions like a door that opens or closes depending on the status of the robot.

When the robot starts cleaning a room, this lighthouse blocks the path until the robot tells it through an IR signal that it has completed its task.

The lighthouse then opens the “door” to allow the robot to move to a different room.

Watch this video to see how it works… 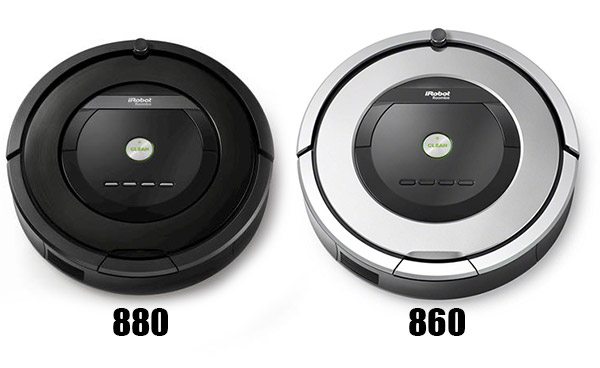 If you look closely at these two robots, the differences are purely aesthetic. The 880 comes in a predominantly black/charcoal finish with five buttons. These buttons include a clean button that activates the default cleaning mode plus four other small buttons to access the different functionalities of the robot.

The 860 has the same layout only in a lighter shade of gray.

Both of these robots are the same in terms of size and features. 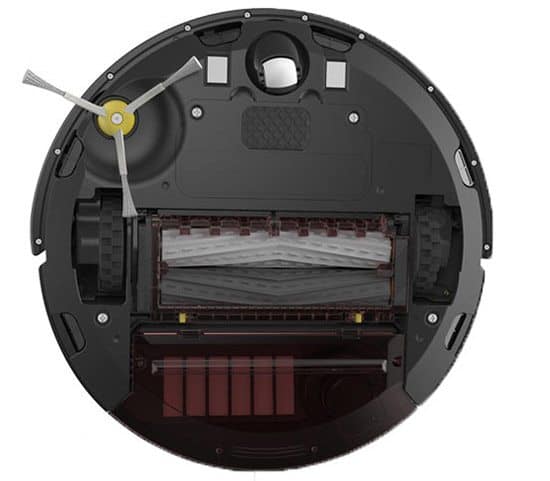 Both these variants will have the same layout underneath. This includes a single side brush and the counter-rotating extractors in-between rubber wheels.

No automatic recharge and resume

Let’s say you have a large 5,000 square foot home and you will have to turn on this robot multiple times to be able to clean every square foot because it does not have an automatic resume feature wherein the robot will go back to the area it last cleaned before the battery runs low.

The 860 will run until it battery reaches a certain threshold (usually 20%) and then goes back to home base until the time you ask it to clean again.

If you want this feature, then you will have to spend a few hundred dollars more and go with the Roomba 960.

All 800 series Roombas use the same random pattern as the 700 and 600 series, the most significant improvement would be the iAdapt system that makes the robot more conservative the way it tackles corners.

This means that when it detects an obstacle, it slows down.

You’ll notice that it still bumps into obstacles but not as hard. So scuffing shouldn’t be a problem with most types of furniture. Yes, it can even detect dark furniture.

One problem with this type of navigation is efficiency. It won’t cover as much area as a Neato Botvac or a 980 because it goes in a random direction, but the advantage of this is the thoroughness.

If you live in a large home, it won’t be as effective if you just let it clean the whole area without any containment.

The chances of it missing the charging base when it docks go up the larger the area and the more room it needs to clean.

You may have to resort to moving this robot room per room and let it clean one area at a time.

Like the 880, the 860 also comes with a High-Efficiency Filter (or HEPA) which means this robot should be safe to use for people allergies.

But since this is bagless vacuum, there is still a level of exposure when you empty the bin.

Also, the HEPA filter isn’t washable. One technique I use to extend the life of these filters is to use a hand vacuum with a brush attachment to clean filters.

You should be able to extend the life the filter a little bit using this method.

One of the best places to get this robot vacuum is in Amazon. The Roomba 880 would cost in the $500 range, but it comes with goodies like a remote, two virtual lighthouse and three extra side brushes.

The Roomba 860 will also hover at around $500 range. Both will be eligible to their free 2-day shipping if you join Prime.

Extended warranties are also available (up to 3 years) if you want that extra peace of mind.

To get the best value, you’ll have to go with the Roomba 890. It’s Roomba’s latest variant in the 800 series line and now comes with WiFi connectivity and is compatible with Alexa. The best part is that it’s cheaper than both the 860 and 880 at just around $450.

The 860 is an excellent product at a competitive price point, but it lacks several key features found in high-end robots.

Here are some alternatives if you think that the Roomba 860 does not have enough or too expensive. 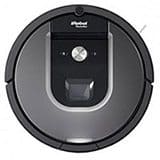 This variant is a step down from the top of the line Roomba 980. It has the same navigation and WiFi connectivity. The most significant downgrade would be the motor and battery.

So, in essence, the Roomba 960 will have the same cleaning performance as the 860 but much more efficient thanks to the brand new navigation system that includes a built-in camera.

It also has a WiFi that allows you to control the robot using the iRobot app.

This means you can schedule, turn on and monitor the robot even in your office.

All these downgrades will save you around $200. 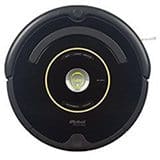 This is perhaps the cheapest Roomba available right now at around the $280 mark.

Everything in this robot is an old tech from navigation to the dual brush system that combines a bristled and squeegee.

But make no mistake that this is one of the best performing Roombas out there – even outperforming a 700 series.

The navigation system is random, and it does bump into furniture hard so expect some scuff marks in your furniture. 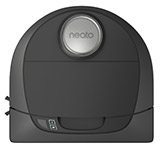 The BotVac D5 is a cheaper variant to the BotVac Connected.

It is more than $100 cheaper than the top-of-the-line BotVac and retains most of the features. This includes WiFi Connectivity, App-based control, large capacity lithium-ion battery, and extra wide motorized brush.

What it does not have is the spiral blade brush. It has a slightly smaller lithium-ion battery that runs 30 minutes less in both cleaning modes.

If you’re not familiar with the Xiaomi robot vacuum, it is a brainchild of the MI Echo System. A Beijing based manufacturer of a variety of products like smartphones and tablets.

When they designed this robot, they were aiming to compete with the Neato BotVac Connected.

It has the same laser-based navigation, S.L.A.M. algorithm and WiFi connectivity that will not cost as much. Plus it’s got an app that allows you to schedule cleaning multiple times a day.

If a Neato BotVac is too expensive, then this is a good budget option.

This robot costs around $280 or more than half what a BotVac Connected would cost but the performance should not disappoint.

If you’d ask me between the 860 and 880, I’d go with the 860 only because of the price difference. I cannot justify spending more than $100 more for a product that only has more accessories included.

The remote control is a nice-to-have luxury, but I could do the scheduling directly on the robot.

A virtual lighthouse is also a nice to have, but with the random navigation of the 860, I’d rather have it clean one area at a time then move it to different rooms that need cleaning as I see fit.

In terms of performance, both of these robots are roughly the same, so the question is whether or not you want the extra goodies that come along the more premium price point.