Ainol A – S11 Smart Robotic Vacuum Review: Could This Be The Smartest Robot Mop in the Market?

Author: Garrick Dee Updated: November 4, 2020
Tags: Robot Vacuum, Vacuum Reviews
I hope you like the recommended products. Just an F.Y.I., there are affiliate links in this post, and if you click any of those links, I’ll earn a commission. 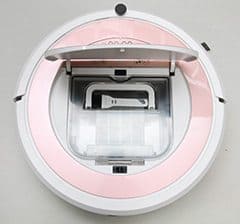 One of the biggest issues with the mopping feature of the ILIFE robots is the lack of a mechanism that prevents water from constantly dripping on the floor.

This vacuum I’ll feature here may have solved that issue and much more.

Meet the Ainol A – S11, the latest robot vacuum slash mop from GearBest.

Latest GearBest Promotions: Christmas Gift Week (Up to 50% OFF) and Latest Appliance Markdown

How is this different from the other mop and vacuum hybrids I featured here?

Well a lot, it has some unique features not found in the ILIFE or Jisiwei.

At first glance it looks similar to the Jiwiwei I3 but this robot is much different.

According to GearBest this robot has 4-in-1 functionality that is it vacuums, vacuums and sweeps, wet mops and dry mops and has UV sanitation.

One unique feature that this robot has over the other robot mops I tested is the water tank that’s capable of regulating the flow of water to the mop.

In the other brands that I’ve tested namely the ILIFE X5 and V7S, water will just keep on dripping until it runs out. So the result would be an overly damp floor if you leave it on for a long period of time.

Another feature that’s unique to this is the UV sterilization that the manufacturer claims to kill germs.

But you have to take this with a grain of salt has it’s just a UV light and we have no way of finding out if indeed if that light is bright enough to kill any bacteria.

Disclaimer: I got this product for free in exchange for a detailed review and I will do my best to be as objective as possible. If I see that this product does not perform up to par I will say so and not hold back.

Let’s start from the top of the robot where the control interface is located. Here’s how it looks like… 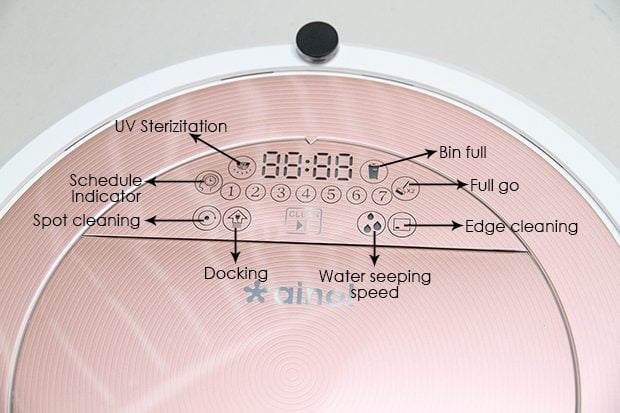 If you take a quick look, it does look like that there are a lot of buttons laid out there but those are just indicator LED lights that tell you the status of the robot.

Most of these are pretty self-explanatory but here are some that may confuse you.

Use this feature if there is a room that hasn’t been cleaned for let’s say a couple of weeks.

When the robot’s dry dirt bin is full, the robot will stop and this light will flash in addition to a voice prompt.

This will light up when water level in the water tank runs low on water. 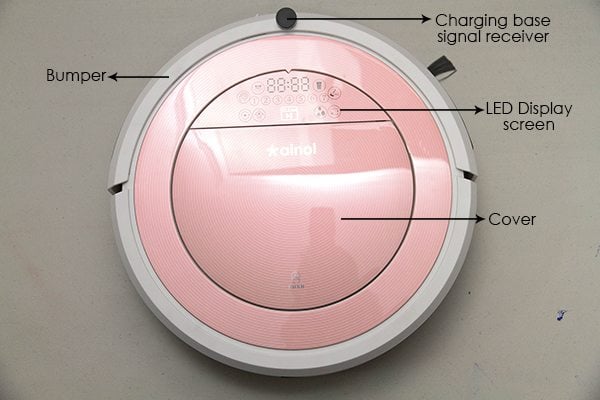 Bottom View with the Motorized Brush 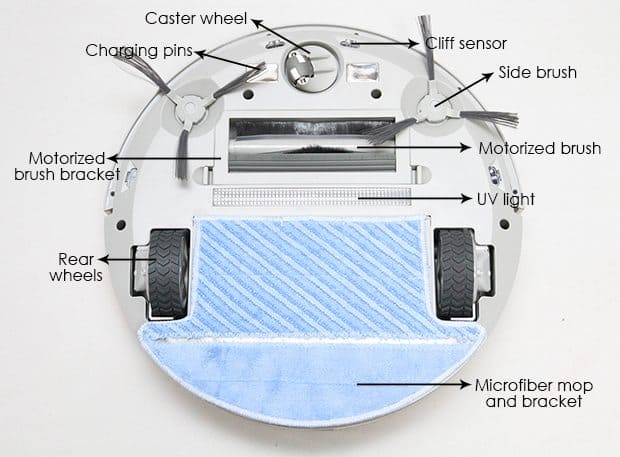 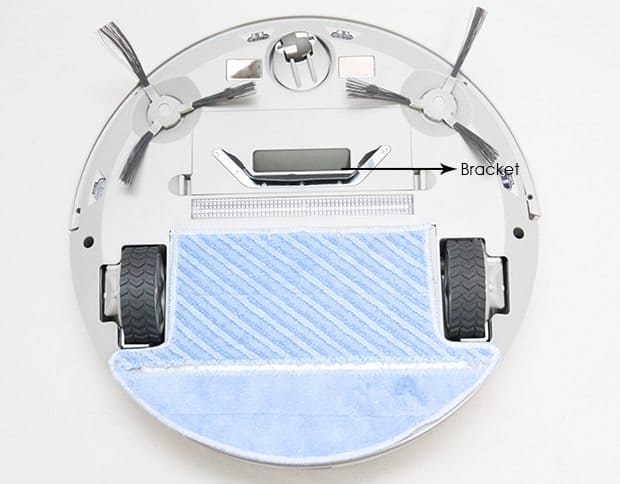 Herein lays the beauty of this product which is versatility in terms of functionality. You can use it as a vacuum, a vacuum + wet mop, a vacuum + dry mop, with or without the motorized brush – depending on the floor type and your preference.

As I’m pretty sure you’ve seen the video I’ve shared above on how this robot navigates around a room.

Under the hood, this robot pretty much uses the same navigation system as the ILIFE and the Jisiwei and other robot vacuums the same price range which is an IR based system that uses a random navigation pattern.

But each of these brands has their own nuances when it comes to navigation. The Ainol looks mechanical when turning unlike the ILIFE that turns smoothly.

I mentioned on the video that it seems to be turning on an axis when it tries to change direction and when it detects more dirt in an area it goes into its spot cleaning mode and then increases suction to the max.

And when it detects battery is low, it goes back to the charging station.

It also has a special mode that tells the robot to go back out and clean one more time after recharging. This mode is called the “Full Go” mode.

In my first cleaning test (check the video above), I was actually pleased with how this robot performed on bare floor, even with the soft brush roll it was able to pick up the small amount of rolled oats and powder I scattered on the floor.

But when I upped the quantity it struggled. To see what I mean, just watch this video…

A lot of the oats and powder got wedged in-between the motorized brush and dirt bin. 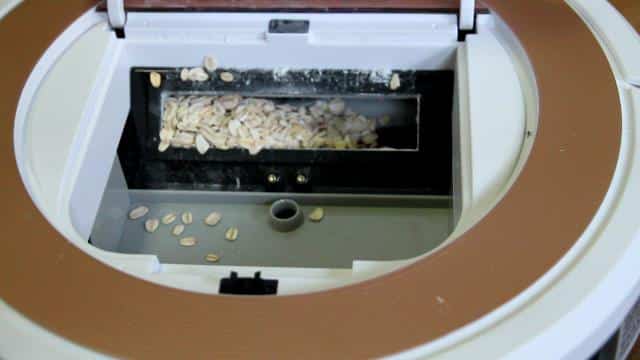 And here’s how the bin looks like, it was not even half full! 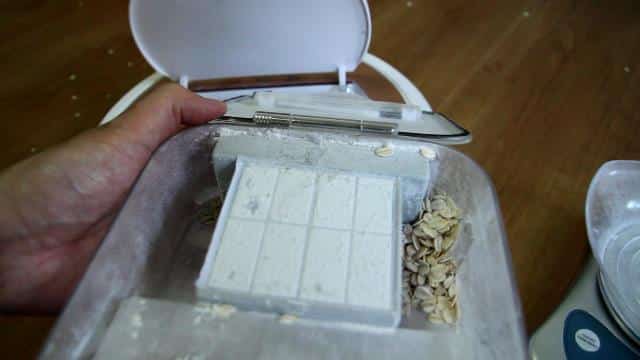 This was a major disappointment for me. I figured it could be the motorized brush maybe it was too soft so I removed it and used the other bracket and the results were much worst…

I did a third cleaning test because Ainol as reached out to me if I could do another to see if all the dirt goes inside the bin and so I did. I must admit that I had my doubts that this robot but it did better in the third test. 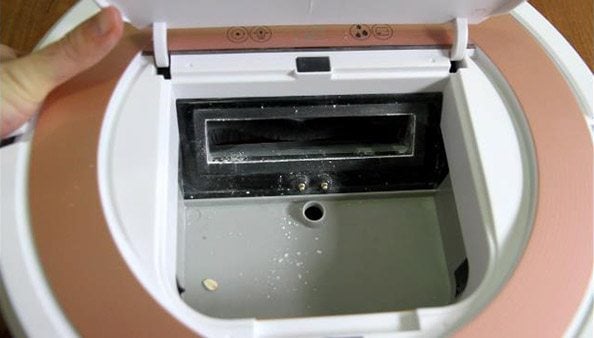 But the other issues remain like the inefficient navigation that focuses too much on spot cleaning rather than edge cleaning which cost it a lot of time.

If you are going to use this robot, don’t expect it to clean multiple rooms well. It will be best served cleaning one room at a time.

The dirt bin is the largest I’ve seen by far I’ve seen when reviewing Chinese-manufactured products at a crazy 900 milliliter capacity. It easily dwarfs the ILIFE V7S that has a 600ml dirt bin.

The design is such that dirt does not easily spill when you empty it.

On the opening it has a plastic cover that opens the vacuum turns on and closes when vacuum is off. This is a simple but effective feature to keep dirt inside. 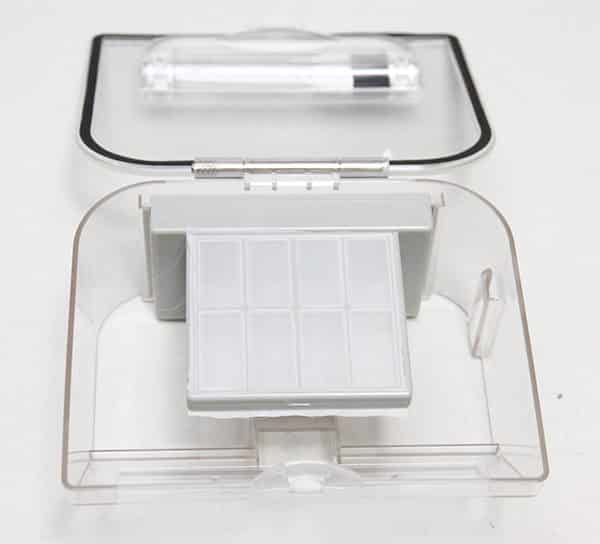 It has a three stage filter that combines mesh and a HEPA filter at the end to prevent microscopic allergens from coming back out.

The water tank is also large being able to hold around 650ml of water. And I noticed that it has a couple of pins for current. 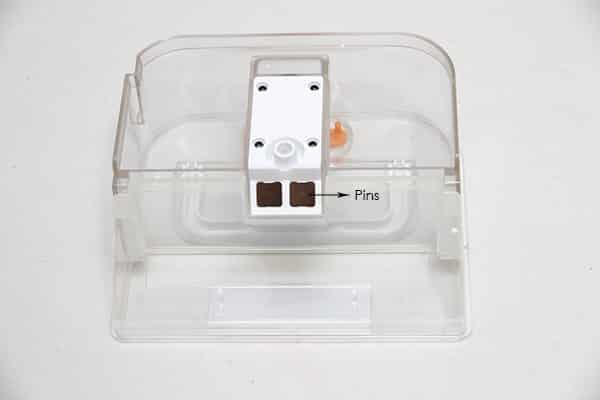 This must be for the mechanism that regulates the flow of water and when the tank is empty it sends a signal to the robot that lights up an LED on the top interface.

This robot uses a 2,400 mAh battery that GearBest says will run for around 140 mins and clean an area up to 220 square meters in a single charge. 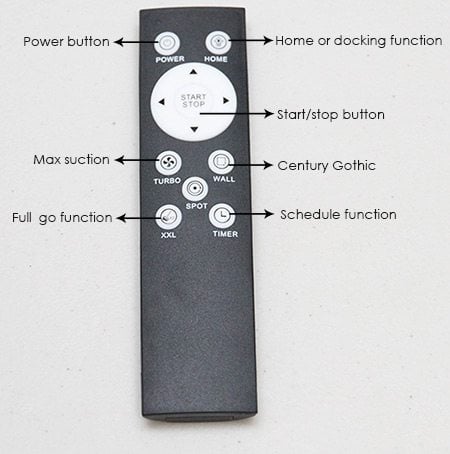 This robot uses a slim black remote that looks like a TV remote with buttons laid out nicely. It’ll give you access to all functionality of this robot.

It also has directional buttons that allow you to control the robot manually like an RC.

You’ll also get a virtual wall that blocks the robot from areas that are off-limits. 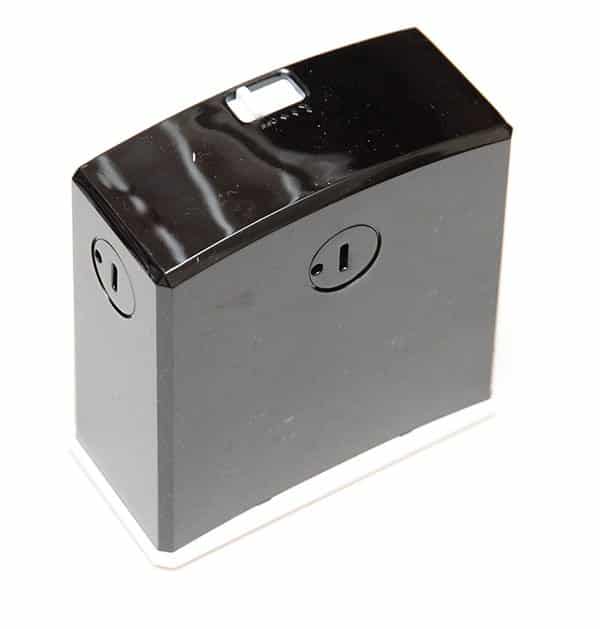 One unique feature of this virtual wall is that it blocks two directions instead of just one at a distance of around 4 meters in both the x and y axis.

It gives you the flexibility of using just one or both of these signals depending on the need.

But you will need to by two C-batteries separately. 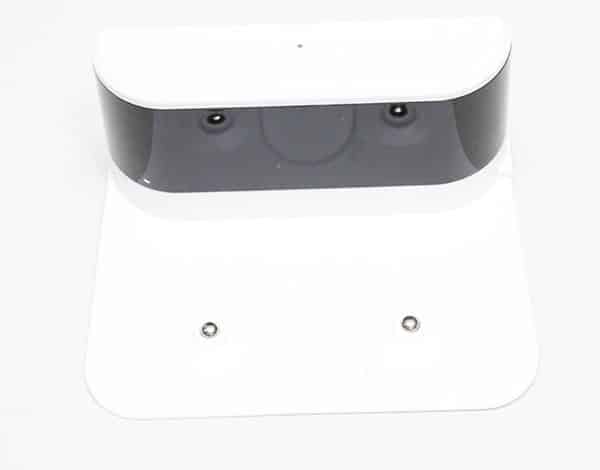 I like how they designed the charging base – it’s all-white with a thick black stripe that is the IR receiver that tells the robot where it is at all times.

The downside to an IR-based system is range. If you’re looking to clean a larger home, there is a likelihood that the robot may not return to home base if it is cleaning a very large area which make this more suitable for small to medium sized homes. 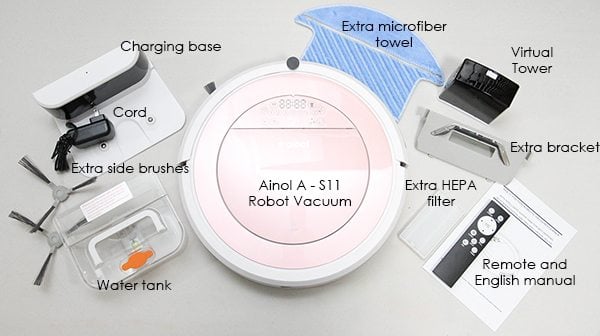 In addition to the Ainol A – S11 robot you will get the mop bracket, two microfiber mops, 4 side brushes, charging base, plug, remote control, virtual wall, dust box, water tank and English manual.

Unfortunately the remote does not come with batteries.

It is hard for me to recommend this robot vacuum as your primary robotic vacuum because of the design flaw that it has with cheaper more efficient robots available like the ILIFE X5 and V5 Pro that also have the same mopping functionality as this.

This robot may struggle cleaning a huge pile of mess as you’ll see in the cleaning test. Dirt gets in between the bin and suction chamber.

But for light messes it will do okay. The way this robot navigates is also another issue. It seems to be swinging on a pendulum when it makes a turn. And while the dirt detect system looks good on paper, it decreases efficiency.

Initially I thought this was a winner but it isn’t.