MinSu T2015 Review: Can This Robot Challenge the ILIFE? 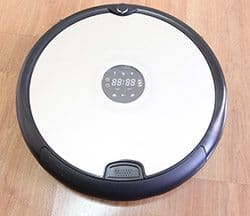 Robot vacuums are popping out left and right in the Far East. Today we’ll be looking at one of those products – the MinSu T2015.

I’ve been testing different products from China the past few months and so far two brands that stand out are ILIFE and Xiaomi.

We’ll find out how the MinSu stacks up against these brands in terms of features and performance.

It has a round shape with one IR sensor up front for navigation. This sensor also helps it detect the location of the charging base where it goes after a cleaning cycle.

First, let’s look at the top of the robot… 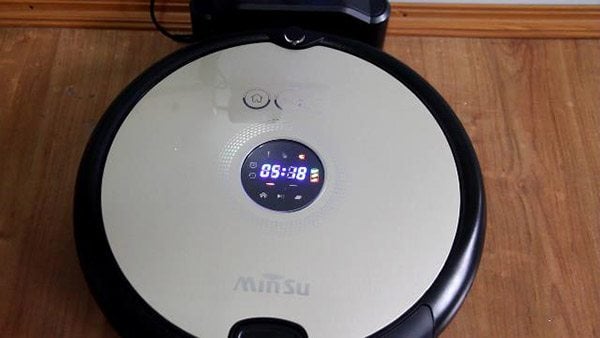 I’ve tried pressing the icons but nothing was happening so I’m guessing that interface is for display only.

If you look at the middle portion, there is a round interface with lots of icons that display stuff like battery status, clock, etc.

Here’s the underside with and without the mop… 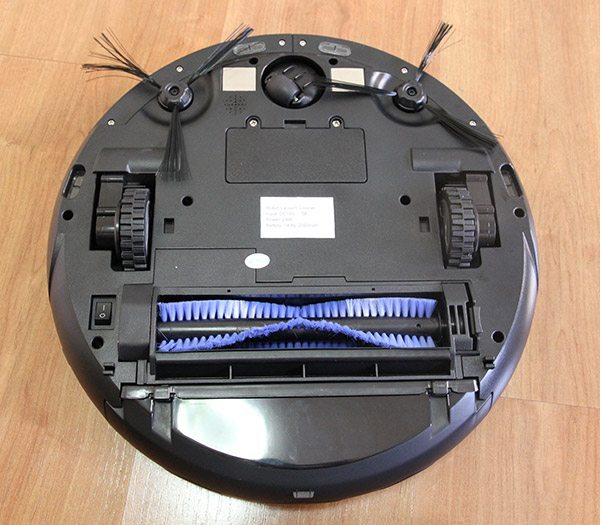 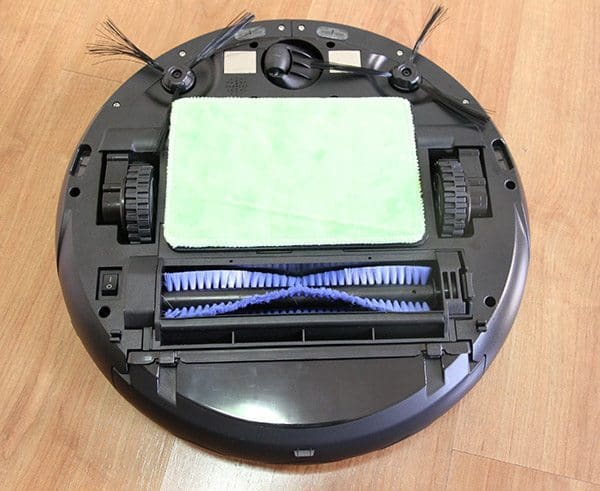 Layout underneath is pretty standard. There is a single motorized brush in-between two rubber wheels.

In front of the beater bar is an area where you can attach the microfiber pad.

It doesn’t have any water tank so you can’t use it for wet mopping. Also the pad is small so I don’t think this would do much when it comes to dry or even damp mopping.

Dust bin design is similar to the ILIFE A4 where it pulls out from behind the robot. GearBest says it has HEPA filtration so you can disregard what I said in the video. 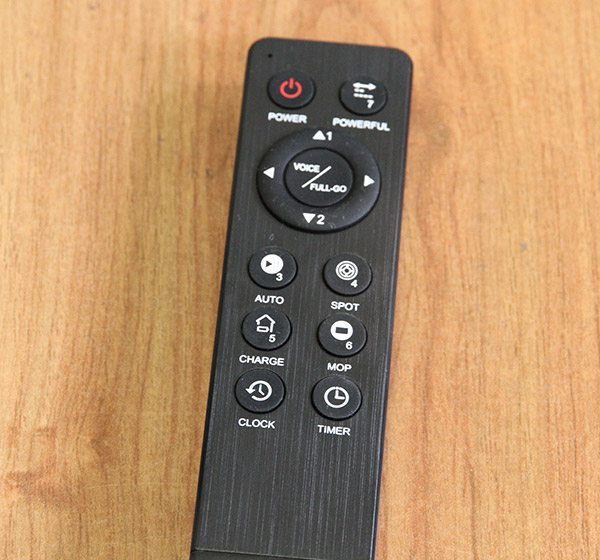 This robot comes with a remote plus AAA batteries and you’ll need this device to control, schedule and access all the cleaning modes.

Here’s a photo of the dock… 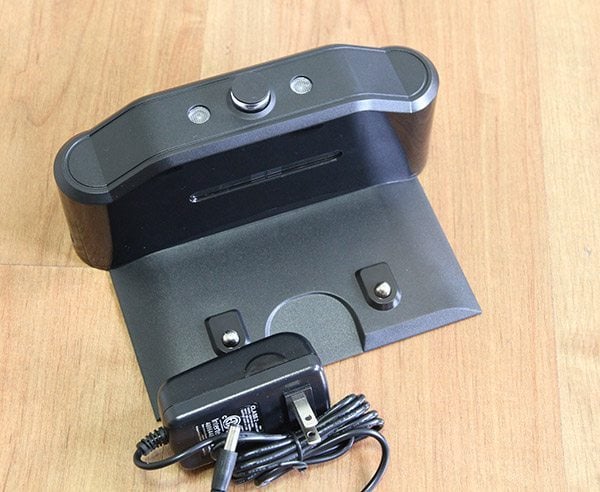 The first time I tested this product it reminded me of another Chinese-made robot – the Jisiwei I3. Both of these products I think have the same navigation system built-in.

That means for a majority of the cleaning session, it focused on the central parts of the room. Only in the latter parts did it start edge cleaning.

It also is less efficient that the ILIFE. It took almost an hour to clean that small space you saw in the video.

The whole interface on top is only for display. I tried pushing on all the icons but nothing happened. Make sure not to lose the remote or you’ll not be able to use this.

In terms of cleaning performance, it did a pretty good job. The beater bar was able to sweep up almost everything in its path. Biggest problem was edge cleaning.

Only towards the middle and latter part of the cleaning cycle did the robot engage edge cleaning and it was able to do a pretty good job. I’d say it did a better job than the Jisiwei I3 in terms of pick up.

Issue with the Bin

The problem was the bin. You’d have to be careful when picking it up. When I picked it up the first time, bits of dirt fell on the floor. Not a good start.

When I looked closer at the bin, I noticed it didn’t have a plastic cover to prevent dirt from regurgitating. This is something present in the X5 and V5 Pro.

The MinSu T2015 was able to pick up 35 grams out of the 50 grams of debris scattered on the floor. But that’s without the dirt that fell on the floor when I picked up the robot.

I could have prevented this from happening by not tilting down the robot forward since the opening is forward facing.

Regardless of this, I hope MinSu will resolve this flaw in future updates.

Well I did a second test and here’s the recording…

In this cleaning test I was planning on letting the robot run until it docked but unfortunately the battery in my action camera cut off so I had to stop the robot.

But the results were pretty impressive. Out of the fifty grams scattered, it was able to pick all of it.

I didn’t pick up the robot, only slid out the bin from behind the robot and everything stayed inside.

What Comes in The Box?

Out of the box you will get the following:

The MinSu T2015 is available in GearBest for around $130 and if you can get more savings if you use the promo code “MISUTR”.

In terms of performance, the MinSu T2015 isn’t still quite up to par with the ILIFE robotic vacuum.

Even if it had better pickup compared to the Jisiwei I3 it still was plague by the same inefficient navigation that focused too much at the middle portions of the room.

It still lacked edge cleaning that I had hoped for. Another potential issue is bin design. Dirt will regurgitate of you pick it up the wrong way.

When I picked it up, it was tilting down forward so a large chunk of the collected dirt fell on the floor.

This is a non-issue on normal cleaning where the robot won’t be cleaning up this much dirt but that’s why I do these torture tests to find any chinks. And this is a big chink that I hope MinSu will address.